Germany's Federal Constitutional Court is set to open legal proceedings against the right-wing National Democratic Party. It will hold three hearings in early March to determine whether the movement should be banned. 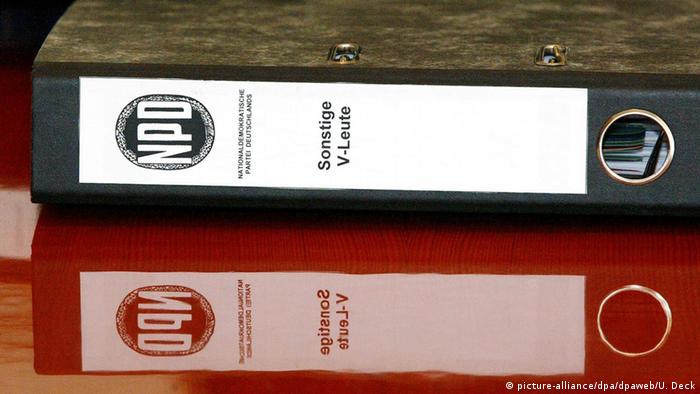 Germany's Federal Constitutional Court has confirmed that the National Democratic Party (NPD) will stand trial over whether it infringes on the German constitution, following a formal request submitted by the Federal Assembly to ban the right-wing NPD party. The hearings for the main proceedings will take place on in early March.

Reuters news agency reported that the likelihood of a ban was high, after the Federal Constitutional Court accepted the application from Germany's state governments, finding that there was enough evidence in the case to open proceedings. The Federal Constitutional Court would be obliged to reject the request if there was no strong case against the NPD.

The body representing Germany's 16 federal state governments at the national level had submitted its application to ban the NPD in December 2013. The federal government and the Bundestag, the lower house of the parliament, decided not to endorse the application after a first attempt to outlaw the extremist movement failed in 2003.

The previous application failed after judges could not safely establish to what degree government informants had infiltrated the movement, making it possible that leadership roles within the NPD were occupied by spies working for Germany's domestic security agency (BfV), who deliberately hijacked the party to take on a more extremist image.

Two political parties have been banned by the Constitutional Court in post-war Germany: the nazi-inspired Socialist Reichspartei in 1952 and the KPD (Communist Party of Germany) in 1956.