Europa-Park had planned to build a cable car running from a town north of the German city of Freiburg over the Rhine River to France. Environmental groups didn't find the plan entertaining. 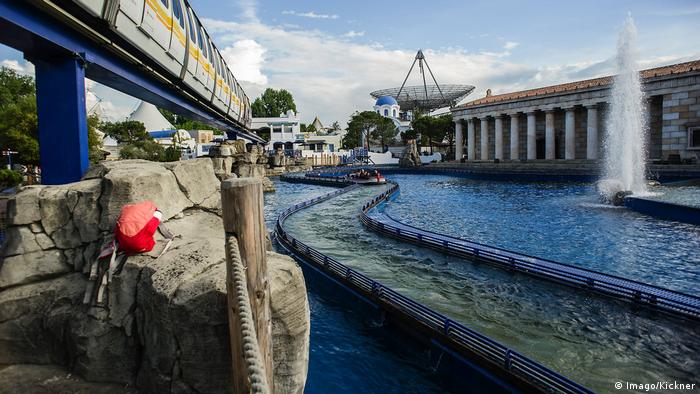 Germany's largest theme park in the southwestern state of Baden-Württemberg has suspended a plan to build a cable car over the Rhine River to France in response to protests by environmental groups.

Europa-Park would not apply for the project's approval during the next five years, the park's chief executive, Michael Mack, wrote on Twitter. Instead, the company would discuss the project's environmental impact with citizens and activists.

"We want to solve unresolved issues, particularly those concerning conservation, together," he said.

The plan — dubbed "friendship cable car" — went public in November after Europa-Park presented it to French President Emmanuel Macron and the premier of Baden-Württemberg, Winfried Kretschmann.

But German activists criticized the project because the cable car would cross over a nature reserve.

The chairman of the National Nature Conservation Union (Nabu), Johannes Enssle, told the DPA news agency he welcomed the decision.

"It is good that the Europa-Park is now entering into a break with its cable plans in order to seek dialogue with all those involved," he said.

Friends of the Earth Germany (BUND) told the agency that Europa-Park should drop the planned cable car in favor of expanding bus and rail connections to France.

Every evening, DW's editors send out a selection of news and features. You can sign up to receive it here.