Berlin wants internet platforms to take "responsibility" in the fight against terrorist propaganda, says German Interior Minister De Maiziere. However, he claims the state has no intention of practicing censorship. 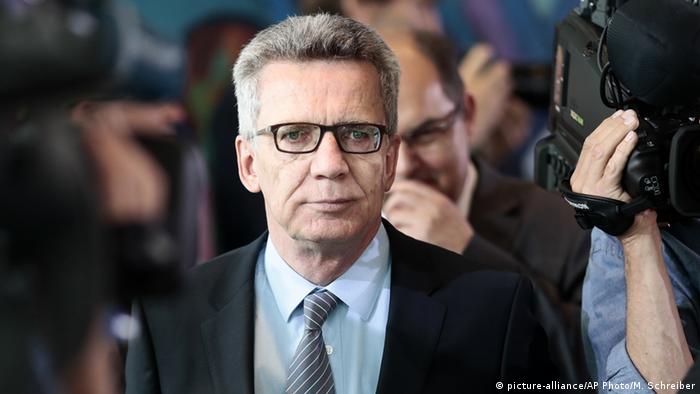 The authorities are "intensively" negotiating with internet providers about deleting illegal content, De Maiziere told reporters in Berlin on Thursday.

"I don't think it is too much to ask that hate mail, bomb-making instructions and similar content is removed from the web faster," the minister told reporters in Berlin, adding he expected "more accountability" from the providers.

The minister said the authorities did not want "censorship," but added that prevention of crime needed to be possible online.

In a separate statement for the Germany's public broadcaster ZDF, De Maiziere said that online companies were arguing against his initiative.

"They say 'we are neutral, there is freedom of speech, we cannot decide on the issue'," he said. "But, I don't think these arguments are convincing. We want the providers to take a certain accountability and responsibility when illegal acts occur on their networks."

The minister did not specify the measures he wanted the companies to take. He also did not say whether his remarks were addressed to internet platforms like Google and Facebook, or the internet service providers (ISPs) that allow users to access internet as a whole. Filtering illegal content would present ISPs with huge logistical and legal challenges, and the topic had already prompted heated discussions in Germany.

Later in the day, however, Interior Ministry appeared to suggest that De Maiziere was referring to social media and content-sharing websites.

The Ministry acknowledged that platforms already take steps against illegal content, However, they usually acted only after users or the authorities reported the issue to them, the statement said.

"This is the reason that too much of this content remains available. This state of affairs is not acceptable, and its fatal consequences are apparent," the spokesman added.

The government will consider changing EU regulations to increase the providers' accountability, according to the statement.

The move comes a week after a Muslim migrant injured five people during a stabbing rampage in Bavaria before being killed by the police. The youth previously published a video declaring allegiance to the "Islamic State." Authorities believe the refugee radicalized himself in a short period of time by consuming Jihadist propaganda online.

Australia is ramping up its efforts to hold online tech companies to account for material posted on their platforms. It announced a new inquiry that could result in legislation against the likes of Google and Facebook.