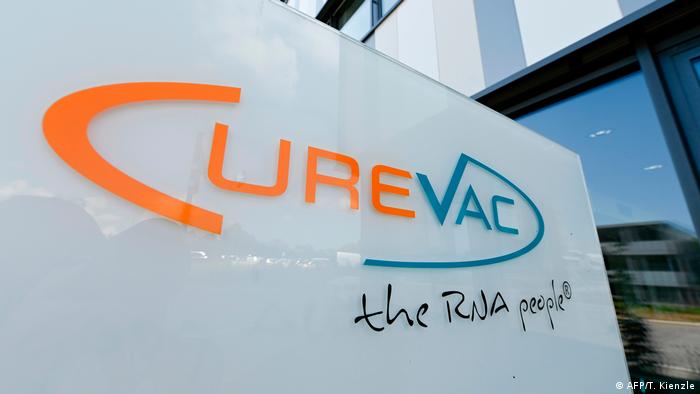 Curevac, the biopharmaceutical firm, based in Tübingen Germany, said on Friday it had generated approximately $213.3 million (€180 million) in its stock market debut.

Alongside the 13.3 million shares sold in its market debut, underwriters also got the option to purchase some 2 million more at Friday's price of $16 a share.

The firm said in a statement that three-quarters of the IPO proceeds would fund advanced clinical trials of its potential coronavirus vaccine. The other $50 million would go towards expanding short-term production capacity.

Already in June, the German government via its KfW credit bank had secured a 17% holding — alongside those of other investors — in CureVac to foil foreign takeover bids.

The decision to pick the NASDAQ index was, however, criticized by the German Share Market Institute, which on Wednesday urged Berlin to ensure that German stock markets were made more attractive for start-ups.

The company was also recently the subject of an international ownership tussle. In March, reports that US President Donald Trump had sought to buy exclusive US rights to potential vaccines, CureVac included, drew outrage in Germany.

Friday's CureVac bid coincided with a slew of data across the European Union revealing the economic impact of the pandemic and punishing lockdowns in population centers such as Paris, in a second wave of infections since February.

The Netherlands's CBS statistics office cited a second-quarter GDP shrinkage of 8.5%, lamenting that "never before" had the Dutch economy been hit on this scale.

CureVac, whose key investor is set to remain Dietmar Hopp, the co-founder of the software giant SAP, was given clearance by German authorities in June to run clinical trials of its potential vaccine, saying initial results could emerge in September.

CureVac's development, like that of Biontech based in Mainz, Germany, uses the so-called mRNA technique of modifying the virus's genetic blueprint to trigger an immune reaction when injected that should intervene later if the real virus enters.

The European Commission, negotiating on behalf of all 27 EU member states, said Friday it had agreed to buy doses from the British pharmaceuticals maker AstraZeneca, should its vaccine prove safe and effective.

The EU move runs counter to efforts led by the World Health Organization for a global approach.