Negotiations between Angela Merkel's conservatives and the Social Democrats have entered what's being billed, once again, as a decisive day. Labor market and healthcare policy points still divide the two parties. 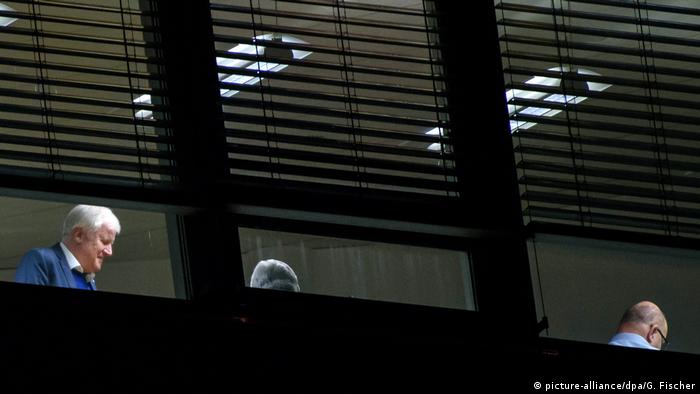 On Wednesday morning Germany is still awaiting an announcement that Chancellor Angela Merkel's conservative bloc and the Social Democrats (SPD) have struck a deal to forge a new coalition government after elections on September 24, 2017.

As she headed into the final round of talks on Tuesday, Merkel called on all sides to make the necessary concessions and strike a deal that would end months of political limbo.

"Each of us will still have to make painful compromises," the chancellor said. "I am prepared to do that if we can be sure in the end that the advantages outweigh the disadvantages," she added.

"We live in turbulent times. We need a government that offers dependability in the interests of the people."

SPD leader Martin Schulz also said today's decisive stalks were "about nothing less than building stable, lasting government in one of the largest industrialized countries in the world."

Inching closer to a new government in Germany

However, the sides still remain divided on several issues, most notably labor and healthcare policy.

The CDU and its Bavarian sister party, the Christian Social Union (CSU), continue to reject any sweeping changes to Germany's health insurance system. The SPD, meanwhile, wants to see Germany's two-tier health system reformed with a new system that closes the care gap between citizens with private and statutory insurance.

The CDU's Klöckner said her party wanted to see welcome changes to Germany's healthcare model but warned that a "one-size-fits-all" system would be too expensive.

SPD chief Martin Schulz also wants to see the phasing-out of fixed-term job contracts. Some 2.8 million contracts in Germany are said to be on a fixed-term basis without an explicit reason, with workers under the age of 30 particularly affected.

Officials from the CDU/CSU and the SPD had hoped to conclude the negotiations by Sunday evening, but set aside an additional two-day buffer to reach a deal.

Despite their differences, The deputy leader of Merkel's Christian Democrats (CDU), Julia Klöckner, told reporters on Monday evening she assumed "we will be ready tomorrow night on Tuesday into Wednesday."

Should the talks reach a successful conclusion, the SPD's 450,000 registered members will then get the opportunity to vote on the agreed draft coalition deal. The public is expected to have to wait around three weeks for the vote to yield a result.

Should it pass, a new federal government would be expected to be formed by around Easter.