The German government is approving more and more arms exports despite stricter regulations and bans on some countries. The main destination is a fellow EU member state. 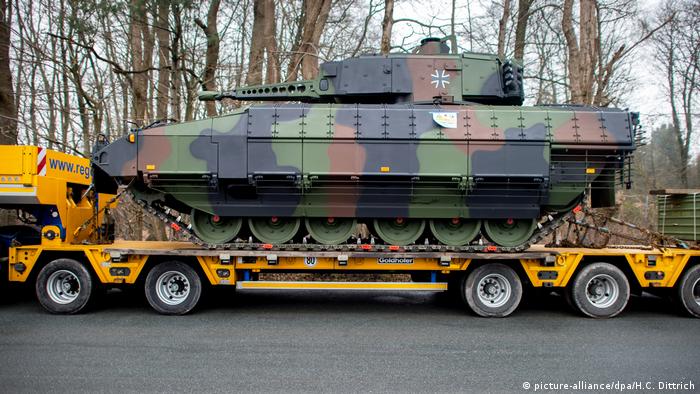 German arms exports could be on track to reach record levels this year, with the government approving sales to the tune of €6.35 billion ($6.8 billion) by the end of last month, the Economy Ministry said on Monday.

The figure, provided in a ministry response to a question by the Greens, amounts to a 75% increase over the same time period last year, and makes it likely that Germany will beat the previous record of €7.86 billion from 2015 by the end of this year.

Although arms export approvals granted by the Federal Security Council, headed by Chancellor Angela Merkel, are not actual exports but projected future sales, they are seen as a general gauge of government policy on the matter.

Most of the approved weapons sales, worth €1.77 billion, are destined for Germany's fellow EU member state and NATO partner Hungary, whose prime minister, Viktor Orban, is seeking to double defense spending.

More controversial is the approval of exports worth €802 million to Egypt and €206 million to the United Arab Emirates, both of which are or have been participating in a Saudi-led war coalition involved in the conflict in Yemen.

In the coalition contract of 2018 between Merkel's conservative CDU/CSU bloc and the Social Democrats (SPD), the parties agreed to put the brakes on exporting arms to states "directly" involved in the Yemen conflict, but several exceptions were allowed. 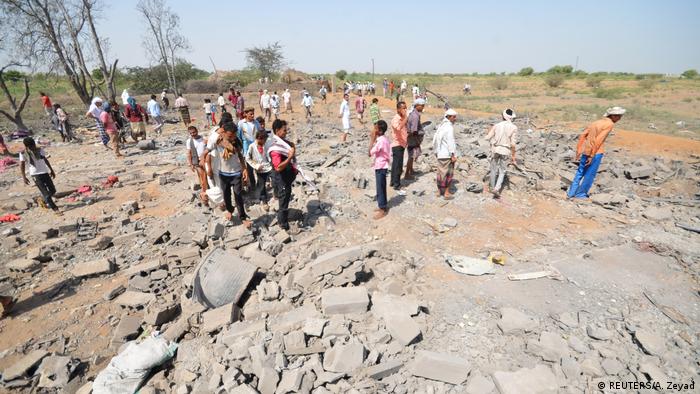 The decision by the UAE to pull its troops out of Yemen amid a rift with Saudi Arabia means it is once more eligible to receive German arms. Germany has, however, put a complete ban on arms exports to Saudi Arabia after the murder of dissident Saudi journalist Jamal Khashoggi, which the UN has blamed on high-ranking officials in the kingdom.

Among the top 10 destinations for German arms exports are three other NATO countries as well — the US, the UK and Norway — along with Australia and South Korea, which are treated by Germany like members of the military alliance and thus not subject to the restrictions on exports to countries outside the EU and NATO.

The rise in approvals was criticized by opposition parties in the German parliament, notably the Greens and the Left party.

Green politician Omid Nouripour, who asked the question, accused the SPD of backing down on its bid to introduce a more restrictive arms export policy, saying it was "extremely bitter that today's SPD thinks profits for the weapons industry are more important than peace."

The deputy leader of the Left party's parliamentary group, Sevim Dagdelen, called the exports to members of the Yemen war coalition "criminal," saying they turned the German coalition contract into a "farce."

A spokeswoman for the Economy Ministry explained, however, that the approvals of arms exports were not a "suitable gauge" of the government's export policy on their own. She added that not all the exports involved weapons as such, but also included things like security glass for embassy buildings and vehicles for UN missions.