Germany's Federal Security Council has given the go-ahead to the sale of military equipment to the United Arab Emirates. The export license is contentious, as the UAE has been involved in the war in Yemen. 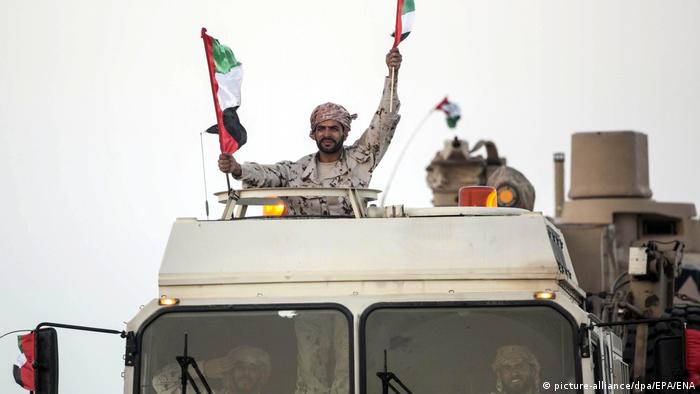 The German government has given its approval for new military exports to the United Arab Emirates, despite an agreement by the ruling coalition to no longer supply military hardware to countries "directly" involved in the war in Yemen.

The Federal Security Council, headed by Chancellor Angela Merkel, approved the sale of generators for an air defense system, according to a letter from Economy Minister Peter Altmaier to parliamentarians seen by the DPA news agency.

The UAE has been a major partner in a Saudi-led military alliance that has been fighting in Yemen against Iran-linked Houthi rebels. However, in July, amid a rift in that alliance, it became known that the UAE intended to gradually pull out some 5,000 soldiers it had deployed in Yemen at the time.

There are no official figures on how many soldiers from the UAE are currently in the country, which has been devastated by the more than four-year-long war. The war, which has killed tens of thousands of people, many of them in bombing raids by the Saudi-led coalition, has been described by the UN as causing the world's worst humanitarian crisis.

Germany has had a strategic partnership agreement with the UAE since 2004 and has never completely stopped its exports to the country under exceptions contained in the 2017 coalition agreement, according to the broadcaster Deutschlandfunk.

It has, however, stopped its exports of arms to Saudi Arabia over the killing of dissident Saudi journalist Jamal Khashoggi in the Saudi Consulate in Istanbul.