A scandal over the manipulation of waiting lists for organ transplants in Germany has led critics to call for tougher controls. They say those who carry out the checks are those who benefit from the system. 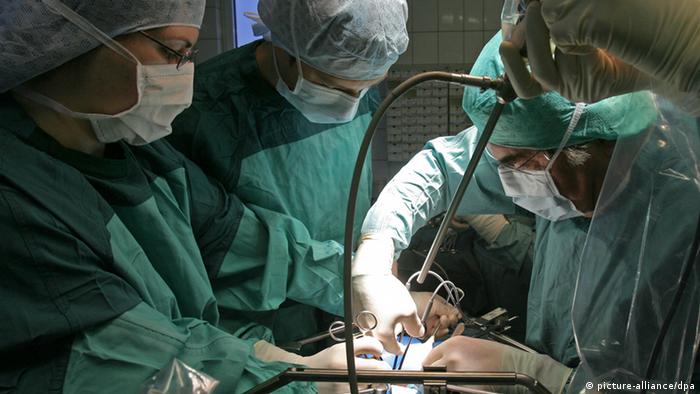 When Harald Terpe wrote a report on the scandal over organ transplants in Germany, he gave it the title, "Failure of vital organs." Terpe is a doctor and a Green member of the German Bundestag who sits on the parliamentary health affairs committee. He says better controls are essential.

In hospitals in the German cities of Göttingen and Regensburg, surgeons are alleged to have manipulated waiting lists for organs so that some patients received a new liver earlier than they would have otherwise - at the expense of other patients on the Eurotransplant waiting list. Eurotransplant is the organization which coordinates the distribution of organs in seven European countries. Terpe says the system should distribute the organs fairly between the various countries. If the procedure is undermined through manipulation, he argues, "then that's the end of the transplantation system."

State control instead of a private club 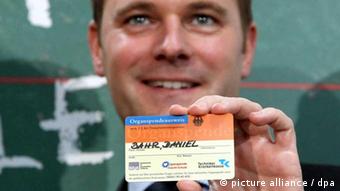 Bahr has been enthusiastic about promoting organ donor cards

The German health minister, Daniel Bahr, has said he wants stricter rules, more controls and tougher penalties. The issue was discussed on Monday at a crisis meeting in Berlin. Terpe told DW that what the German organ donation system needs is independent control and state oversight. There was a need to get people involved, "who have the sense that the process of control should not function according to the principles of a private club."

In Germany, it's the medical associations, the health insurers and the hospital associations which are responsible for overseeing the system of organ donation and distribution. They all have a financial interest since transplants bring in a lot of money. So far, there are merely unsystematic checks on only 1 to 5 percent of all cases. Terpe says he wants regular independent checks and he insists that additional state jobs must be created which should take over responsibility for them. 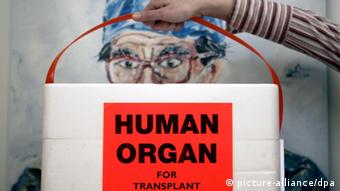 The scandal has led to uncertainty about the system's fairness

BioSkop is an organization which has been following the transplantation industry critically for years. Their representative, Erika Feyerabend, says the current system allows plenty of room for manipulation.

"I can make an organ out to be worse than it is in order to get it into the speeded-up distribution process, so that I can use it in my own hospital," she told DW. The number of organs which come under the speeded-up process has risen enormously in recent years in Germany - The process allows organs of lower quality to be used quickly without going through the proper distribution procedure.

But Feyerabend says it's not just the doctors who are to blame: "If you analyze the cases in Göttingen and Regensburg, you can say that it's not just the internal control systems of the medical profession - the medical associations and their committees - which have failed; it's also the state institutions, ministries and state prosecutors." 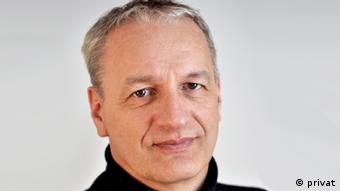 Bavaria is directly affected by the scandal, since Regensburg is in the state. The Bavarian science minister Wolfgang Heubisch has promised a thorough investigation and announced immediate measures: to prevent manipulation, in the state's six transplantation centers, a "three pairs of eyes" control system is being introduced, involving, in each case, doctors from three different specialisms. Bahr's ideas on the national level are similar. There will also be spot checks by independent experts. Terpe finds spot checks inadequate. He proposes an ethics commission for transplantations, in which people from outside the medical profession should also be involved.

Erika Feyerabend calls for a more open and critical discussion of the whole area of transplantation, which, she says, is financially much better supported than many other medical procedures. Like Terpe, she also wants to see all the cases so far in which there's been anything suspicious made public. Insiders who blow the whistle need to be better protected. The critics reject the idea of bonuses for transplantations, and the Bavarian state government wants to see them banned.

Surgeons too are complaining about the economic pressure they and the hospitals are under, which means that, rather than improving the quality of their work, they are being pushed to increase the number of transplantations they undertake. There are about 50 transplantation centers in Germany, and Feyerabend says they are not working at full capacity, and that results in additional economic pressure.

It's the German Foundation for Organ Donation which is responsible for providing that information, but the Foundation can scarcely be neutral since it is also the organization coordinating the removal and transport of organs. As Feyerabend says, what they do "is more like advertising." Terpe points out that the Foundation gets public money from the insurance system and so the state should put more pressure on it. Bahr has now announced that he plans to examine the work of the Foundation more closely.

Three die a day in Germany waiting for an organ transplant

Around 12,000 people are on the waiting list for an organ transplant in Germany as only 15 percent of Germans carry an organ donor card. Some politicians think the system needs to change so that consent is assumed. (06.06.2011)