Germany's far-right AfD has been forced to issue a statement admitting it falsely accused the Environment Ministry of donating millions to Hillary Clinton's election campaign. The claims were made by party board member. 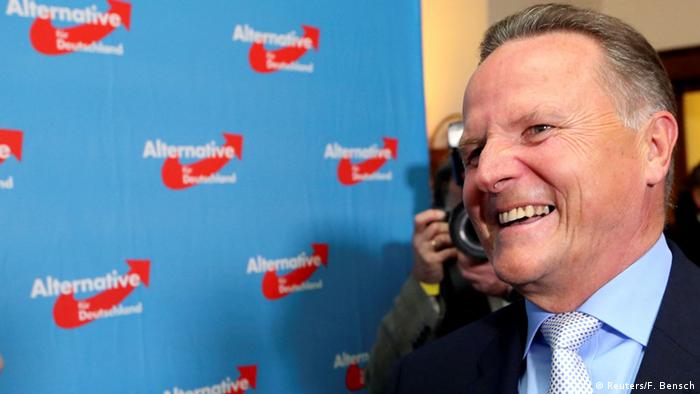 A Berlin regional court on Monday ordered the far-right Alternative for Germany (AfD) party and its board member Georg Pazderski (pictured) to publicly retract false claims that the Federal Environment Ministry (BMU) donated millions of dollars to Hillary Clinton's presidential campaign in 2016.

An AfD press release, authored by Pazderski and published in November 2016, stated that the BMU had "put several millions of taxpayers' money into the Clinton election campaign."

The court found that the AfD's "serious accusations" were not only false but also risked "jeopardizing public confidence" in the federal ministry. As well as misspending taxpayer money, the populist party also made groundless claims that the BMU intervened in the US election.

The AfD's misleading claim was based on the fact that BMU had funded a climate protection project in eastern Africa as part of its International Climate Initiative (ICI). The project was being implemented by the Clinton Foundation.

The Foundation is also involved in a second ICI project in Africa. However, the ministry's decision to fund both projects was made back in 2013, long before the start of the 2016 US election campaign.

The BMU had already won a court order back in December 2016, forcing the AfD to remove the press release from its website. However, the populist party had so far refused to issue a retraction.

The defendants — AfD board member Pazderski and the federal party itself — were ordered to bear the costs of the lawsuit, although an appeal is still possible.

The far-right AfD in the Bundestag: What you need to know

Fot the first time in decades, a far-right party is represented in the German parliament. The Alternative for Germany is already in 14 state legislatures — so what can we expect from the AfD in Berlin? (23.10.2017)

Opinion: The problem is populism, not just Italy

A DW interview with EU Commissioner Günther Oettinger has triggered strong emotions in Italy. But when it comes to controversy, cliches won't help anyone, writes La Repubblica journalist Roberto Brunelli. (30.05.2018)