Germany won′t participate in Syria strike | Germany | News and in-depth reporting from Berlin and beyond | DW | 31.08.2013

The German government has said it will not join the US if it launches a military attack on Syria. The opposition has categorically rejected military action, saying this would only lead to an escalation of the violence. 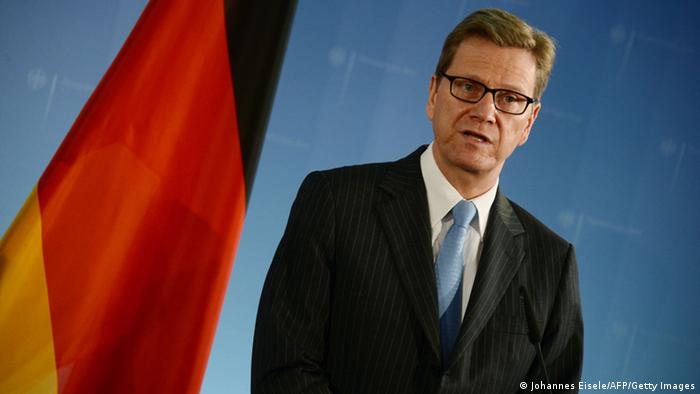 German Foreign Minister Guido Westerwelle has said Germany will not be part of any military attack on Syria. "Our participation has not been requested, nor are we considering it," Westerwelle told the "Neue Osnabrücker" newspaper. He explained that Germany was bound by very strict limitations in both case law and the German constitution. It will therefore not be joining a US-led "coalition of the willing." The British parliament also voted on Thursday (29.08.13) against participating in military action.

However, the German government remains adamant that the use of chemical weapons in Syria must have consequences. "The international community needs to take a clear stance on this," said government spokesman Steffen Seibert in Berlin. He explained that the government is looking for an appropriate response from the United Nations, and that this is the current focus of concerted diplomatic effort. 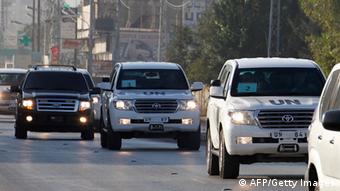 Seibert commented that the government hoped no one in the United Nations Security Council would close their eyes to such a crime. He said that as soon as the weapons inspectors filed their report, the dimensions of the crime would become clearer. "All the indications are still that the forces of the Syrian regime were behind this," Seibert stated.

The UN inspectors left Syria and traveled to Lebanon early on Saturday. The Security Council has already met to discuss the consequences of the poison gas attack, but it cannot enforce sanctions against the Syrian regime if Russia and China continue to exercise veto power.

Germany's opposition Social Democrats (SPD) have said that they firmly oppose any strike against Syria, and not just one involving Germany. The SPD's chancellor candidate, Peer Steinbrück, warned that it would be wrong to go down the military route "because violence always leads to more violence." Steinbruck forwarded that his maxim consisted of "better a hundred hours of negotiation than one minute of shooting." 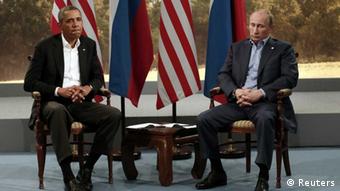 Steinbrück suggested that the G20 summit in St. Petersburg next week would be the right forum to discuss the appropriate course of action. He said that US President Barack Obama, Russian President Vladimir Putin, UN General Secretary Ban Ki Moon and the General Secretary of the Arab League, Nabil al-Arabi, should all come together and work on finding a solution, and that their first move should be to try and obtain a 72-hour ceasefire in Syria.

However, relations between Russia and America have been extremely tense since Russia granted political asylum to the American whistleblower Edward Snowden; and so far Vladimir Putin has shown no signs of movement whatsoever where Syria is concerned.

Germany's Greens welcome the British parliament's vote to put the brakes on its prime minister, David Cameron. Cameron endorsed military action but could not get parliament to back it. "There cannot be any decision before the UN inspectors have presented their findings," German Green leaders Jürgen Trittin and Katrin Göring-Eckhardt insisted.

Any response to a breach of international law must take place within an international legal framework, they said. "A military reaction could do more damage than good, and will prolong the war there, not shorten it," warned the Greens.

What do Germans think about possible military operation in Syria?

Can Syria intervention be legally justified?

US President Barack Obama said he was considering a "limited" intervention in Syria. The legal legitimacy of the move, however, is difficult as most nations reject unilateral intervention. (31.08.2013)

UK's no vote on Syria harms ties to US

The UK parliament's decision not to support military action in Syria has thrown Prime Minister Cameron's policy in the region into disarray. The defeated motion was poorly managed and further sours relations with the US. (30.08.2013)