Flying taxis are set to soar over Ingolstadt, Germany, as part of a project backed by the German government, Audi and Airbus. Hamburg is also working on incorporating drones as a mode of transport. 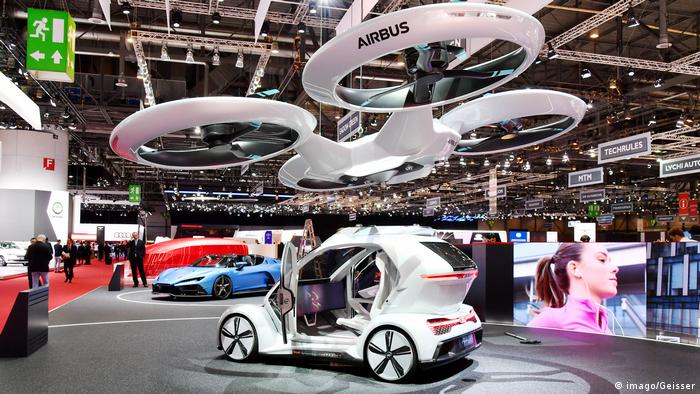 Flying cars have been a science fiction staple for many decades, but Germany is now working on putting the idea into practice with the help of carmaker Audi and airplane manufacturer Airbus.

Bavarian tech hub Ingolstadt, which is also the home of Audi, will serve as a testing ground.

The representatives of the two companies, alongside German Transport Minister Andreas Scheuer, the government's commissioner for digitalization, Dorothee Bär, and Ingolstadt's mayor, Christian Lösel,  on Wednesday signed a declaration of intent to develop flying taxis in the Bavarian city.

Airborne taxis have long been more than just a vision of the future, Scheuer said.

"They open completely new possibilities, including medical transport in cities and urban areas," the minister added.

Audi and Airbus have already presented their flying car concept dubbed "Pop.Up Next" at the Geneva car show in March. However, the city of Ingolstadt said that it was "technologically open" about the project and had no set concept.

A new concept in flying cars

The city's universities, research centers and hospital have all pledged to take part in the project.

Traffic jam in the sky

Earlier this month, officials in Germany's second-largest city, Hamburg, also announced they wanted to apply for their port metropolis to become another testing ground. The city wants to conduct feasibility studies for the use of drones and other flying modes of transport in urban environments. Airbus is also one of the partners in their initiative. 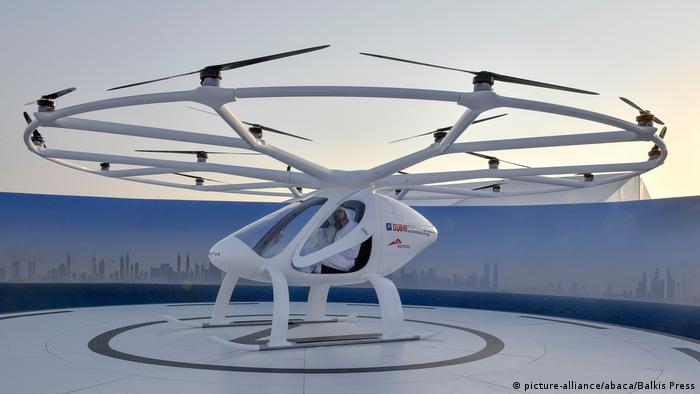 Outside Germany, Geneva is developing an air mobility concept, while flying taxis are set to take to the skies as early as July 2018 in Dubai. A similar project is being tested in New Zealand, and the car-sharing giant Uber is also working on its own flying fleet.

The Ingolstadt project is set to be presented next week at a meeting of EU Smart Cities initiative in the Bulgarian capital, Sofia.