Germany to set up neo-Nazi database to fight violent extremism | Germany| News and in-depth reporting from Berlin and beyond | DW | 18.01.2012

The German government has proposed a new database to coordinate the fight against violent neo-Nazis. It would bring together information currently stored in multiple agencies around the country. 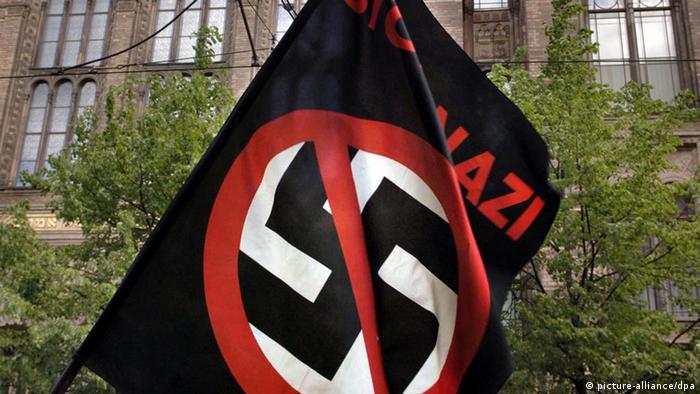 At first, Federal Justice Minister Sabine Leutheusser-Schnarrenberger was skeptical. "What would be new about such a database?" was her response to Interior Minister Hans-Peter Friedrich's idea of a new database for neo-Nazis.

The idea isn't really new at all, because so-called "consolidated databases" have been around since 2001. Such files collect information about right- and left-wing criminals, as well as politically motivated foreign crimes.

But since then, Leutheusser-Schnarrenberger has given in to the urging of her cabinet colleagues. The new database is intended to become one of the main weapons against neo-Nazis, especially in light of the failure of the German security authorities to properly investigate the links between a series of right-wing murders which only became clear in November last year. 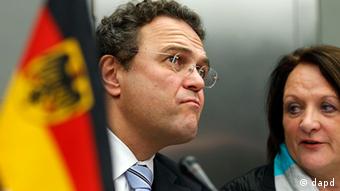 Friedrich and Leutheusser-Schnarrenberger are pushing the new database

The federal government wants to allow police and the domestic and military intelligence agencies to share information about right-wing extremists in the planned neo-Nazi database. The current databases are only maintained by the police.

Obligation to use the database

The new database would hold much more information than the old, and it would be available to a far larger circle of users. Proponents of the plan maintain that this would allow authorities to detect and track right-wing structures earlier.

The National Socialist Underground - the group allegedly responsible for the 10 murders as well as a series of other crimes over a period of 10 years - apparently remained in the shadows for so long due to poor lines of communication between different security agencies.

But under the planned changes, all participating agencies must pass along their information to the new neo-Nazi database.

Not all neo-Nazis covered

According to the proposal, people will be included in the neo-Nazi database only if they are alleged to belong to a terrorist group, or call for - or have been convicted of - an act of violence motivated by extreme right-wing ideology. Neo-Nazis who aren't considered potentially violent would be left out.

And the profiles of right-wing extremists would be far more precise. Personal information such as name, age, background and family status would be centrally gathered, as well as data on their vehicles, weapons and bank accounts. 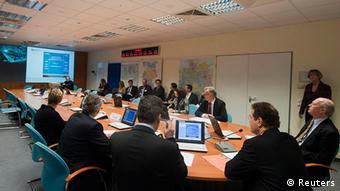 The Joint Counter-Terrorism Center was founded in December last year

Jörg Ziercke, president of the Federal Criminal Police Agency, called the neo-Nazi database the "central information point" of the Joint Counter-Terrorism Center, which was founded in December last year, and coordinates all state and federal security agencies.

The new database won't be based just on people's opinions, Ziercke emphasized. No one would get into the neo-Nazi database based on a "mere assumption," he said.

To make it as effective as possible, the German agencies would also exchange information with those of other countries, added Heinz Fromm, head of the national domestic intelligence service.

Only the Left party is against it

The Left party has said it's against the proposal. The security agencies had "more than enough tools and expertise to fight right-wing terror," declared Left party home affairs expert Jan Korte.

Korte said it was an "admission of defeat" by the country that basic rights were being limited simply because agencies had failed to function properly.

The other parties in parliament have no such qualms and the proposal is likely to go through parliament with broad support.

Praise and criticism from data protector

Peter Schaar, the parliament's data protection commissioner, handed out a mixed response to the proposal. He welcomed that fact that the data will only be retrievable until 2016, when the effectiveness of the program will be reviewed.

But he added that his primary concern - that the new database would promote an "ever more intensive consolidation of the information technology" of police and intelligence services - has still not been eliminated.

Chancellor Angela Merkel's government has agreed on a draft law that would create a database of potentially violent neo-Nazis, following criticism of Germany's patchwork bureaucracy of law enforcement agencies. (18.01.2012)

German lawmakers have agreed to establish a parliamentary committee to look into security shortcomings that allowed a murderous neo-Nazi cell to evade detection for more than a decade. (13.01.2012)

After a series of killings by right-wing extremists remained unsolved for years, the German government has launched an initiative to improve cooperation between police and secret services. But its organization is tricky. (17.12.2011)