Germany to Send Combat Troops to Afghanistan, Reports Say | Germany| News and in-depth reporting from Berlin and beyond | DW | 16.01.2008

The German army is preparing to send troops to northern Afghanistan as part of NATO's quick reaction force, according to media reports. But some in say the move may endanger lives in Germany. 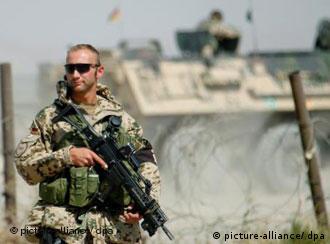 Additional assignments may be waiting for German troops stationed in Afghanistan

The deployment of 250 combat troops, who would join in the search for and fight against terrorists, would mark a departure from the Bundeswehr's current mission. To date only stabilization forces have been deployed to the main German base at Masar-i-Sharif.

"This task falls to Germany in the summer," he said, adding that the mission, slated to start in July, signaled a "new quality" in the German engagement in Afghanistan. Part of the new mission could include pursuing terrorists, Arnold told the paper. 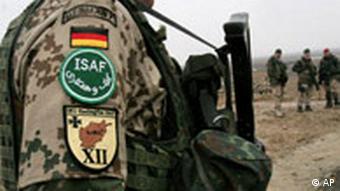 With 350 Norwegian troops leaving Afghanistan by the middle of the year and Germany heading NATO's International Security and Assistance Force (ISAF) in the country's north, it is likely that the Bundeswehr will have to replace the Norwegians.

"If other countries are no longer available to do this task after September, then we will do it ourselves," the head of the German Federal Armed Forces Association, Bernhard Gertz, told the Mitteldeutsche Zeitung. "It's in the interest of our own soldiers."

In a separate interview with the daily Der Tagesspiegel, Gertz added: "It is clear that we will take over this task."

Government spokesman Ulrich Wilhelm, however, said that the NATO decision on which country takes over the Quick Response Force is not expected to be made before the end of January.

The defense ministry in Berlin also confirmed that planning was underway and said that the deployment fell under the mandate for German forces in Afghanistan renewed by parliament last year. 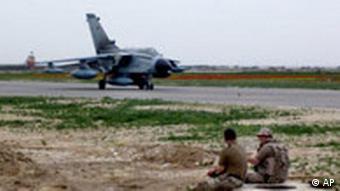 But the ministry denied that the deployment would add a "new quality" to the Bundeswehr's mission in Afghanistan.

Spokesman Thomas Raab said the army's current mission already included "infantry-like components," and that it was already possible for Germans to escort convoys and help other nations' troops or nationals.

But some in Germany have questioned whether the new deployment makes sense for the Bundeswehr.

"With the planned deployment of Bundeswehr combat units, the German government is, against all better judgment, bringing terror into the country," opposition Left Party leader Oskar Lafontaine said. 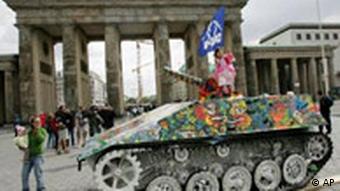 Polls show most German oppose the Bundeswehr's deployment to Afghanistan

Greens Party defense expert Winfried Nachtwei told tagesschau.de that "the risk of slipping into hard situations would be unavoidable" should Germany join the quick reaction force.

That's a fact Gertz said Germany would have to get used to since the soldiers would be called on to fight if their comrades or the people they are protecting are in danger.

"You have to assume that these situations will arise," he told the Mitteldeutsche Zeitung. "And you cannot expect from the outset that it will all occur without any victims."

Pacifist organizations have said they intend to protest the Bundeswehr's plans.

In October, the Bundestag renewed the mandate for 3,500 German troops in Afghanistan, combining two previous mandates. Up to 3,000 troops, part of NATO's forces in the country, are deployed in a training, reconstruction and security mission in Afghanistan's relatively peaceful north.

The German army, the Bundeswehr, refuted accusations made in a British newspaper that its helicopters had deserted Norwegian and Afghan allies in a battle against the Taliban in order to make their dusk curfew. (19.11.2007)

Germany's Defense Minister Franz Josef Jung said he continues to oppose sending troops to southern Afghanistan, as the German government approved a new policy regarding its three deployments to the country. (05.09.2007)

What do you think of plans for Germany to send combat troops to northern Afghanistan? Send us your comments and please include your full name and country in your reply.