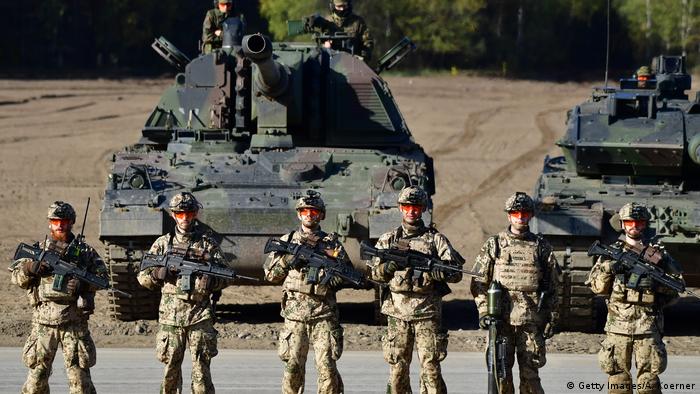 Ultimately, the decision rests with the Bundestag, Germany's lower house of parliament.

Currently, professional soldiers, or Zeitsoldaten, with more than four years of service in Germany's Bundeswehr can only be removed via protracted disciplinary hearings, sometimes landing before civil courts that often result in them staying in uniform.

That threshold is to be raised to eight years within Article 55 of the Military Act covering dismissal procedures.

It currently says: "A career soldier may be dismissed during the first four years of his service if he no longer fulfills the conditions required of him in his career path."

Read more: Germany swears in watchdog to root out extremism in forces

Defense Minister Kramp-Karrenbauer said the law change adopted by the cabinet would enhance disciplinary sanctions and make an "important contribution" to fighting extremism and other severe crimes Germany's military.

Her ministry said another planned reform was to accelerate disciplinary action while allowing the accused recourse to fair civil-law proceedings.

Under Germany's constitution, the Bundeswehr is controlled by the Bundestag parliament and currently comprises of 183,000 uniformed and some 80,000 civilians, spread across six entities, including army, air force, navy and cyber divisions.

According to the ministry, 730 soldiers with less than four years' service were dismissed for breach of duty in 2018 and 2019.

Among soldiers with longer service, there were 11 dismissals after proceedings before disciplinary courts within the Bundeswehr.

The head of Germany's military intelligence service has confirmed hundreds of new investigations into soldiers with extremist right-wing leanings. Germany's elite special forces unit appears to be a particular hotbed. (26.01.2020)

State prosecutors in the city of Tübingen have begun investigating whether right-wing activities took place at a farewell party for special forces in the Bundeswehr. It is the latest scandal to rock the German army. (17.08.2017)