Berlin has vowed a robust response to the health emergency when the country takes over the EU's rotating presidency in July. Foreign Minister Heiko Maas also called for the strengthening of the WHO and vaccines. 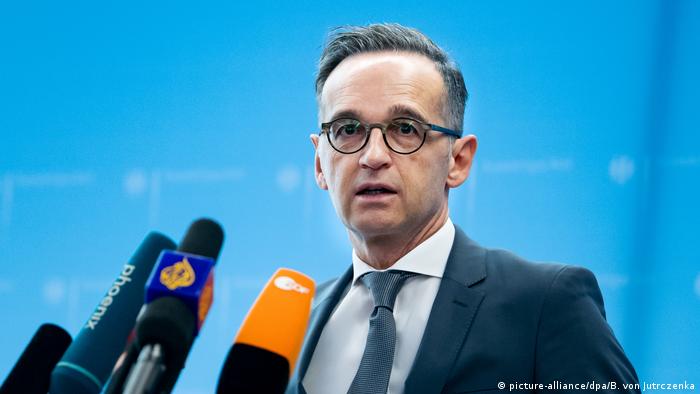 Germany has promised strong leadership to help EU countries to overcome the coronavirus pandemic when it takes up the rotating presidency of the Council of the European Union on July 1.

In an editorial for the German newspaper, Welt am Sonntag, Foreign Minister Heiko Maas said the country would assume a "coronavirus presidency to overcome the health crisis and its consequences."

The presidency is responsible for the functioning of the EU's legislative upper house. The position, currently held by Croatia, rotates among member states every six months and helps determine the bloc's agenda.

When Germany takes over the presidency, Maas said one of the first tasks would be to "gradually lift the restrictions on travel and the internal market in an incremental and coordinated manner."

He added that there was "still no vaccine, no cure — for anyone," and that "solidarity" instead of "mutual blaming" was vital to defeat the virus. "It is not a question of which "system" is superior, but rather of winning the fight against the virus together."

Maas said if EU leaders learn from the coronavirus crisis, the bloc will come out "stronger" and "more unified" than ever before.

The German minister called for closer collaboration, such as the joint procurement and production of life-saving medical goods, while keeping supply chains open and improving civil protection.

He also criticized those who exploited coronavirus restrictions for political means, saying they were violating democracy and the rule of law. In remarks clearly aimed at Hungary, Maas said restrictions "under the guise of the fight against the coronavirus" are "unacceptable."

"Anyone who undermines the European Union's fundamental values ​​should not expect to benefit fully from the Union's financial advantages," he warned.

The minister went on to say that Germany requires a "healthy Europe" and a functioning global economy to operate as an export nation. He said the EU's €500 billion ($547 billion) in aid — the largest package of public and business support in the bloc's history — is "not just an act of European solidarity, but for purely economic reasons" necessary for Germany.

When it comes to the EU budget for the next seven years, Maas said he is minded to invest in the bloc's future in areas including research, climate protection, technological and crisis-proof health and social systems.

He added that strengthening the United Nations and the "underfunded" World Health Organization (WHO), especially in the development and distribution of tests and vaccines, is "one of the best investments in the fight against the pandemic."

Germany's president calls for patience, solidarity in face of pandemic

German President Frank-Walter Steinmeier has called efforts to curb coronavirus a "test of our humanity." It is the first time a German president has formally addressed the nation on television other than at Christmas. (11.04.2020)