Germany to compensate victims of anti-gay laws | News and current affairs from Germany and around the world | DW | 22.03.2017

The government cabinet has approved legislation to make amends to men convicted under a law banning homosexuality after the Second World War. Germany's Justice Minister called the initiative "long overdue." 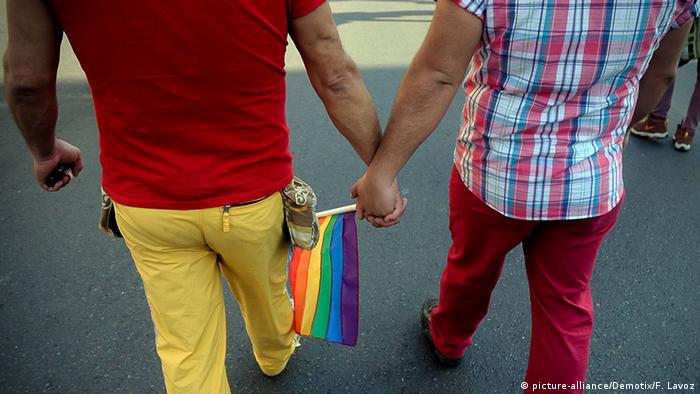 The German government is putting forward legislation to compensate men convicted under the country's infamous Paragraph 175 of the criminal code, which made male homosexuality a punishable offense and which was only completely repealed in 1994. Those convicted faced lengthy jail sentences and life-long social stigma.

The Justice Ministry expects some 5,000 victims of the discriminatory legal clause to apply for compensation. If the new legislation is approved, they'll be able to claim 3,000 euros ($3,238) compensation plus an additional 1,500 euros for every year they served in prison.

German Justice Minister Heiko Maas said the government would ensure that legal pardons and compensation proceeded swiftly due to the advanced age of many victims.

"The rehabilitation of men who were brought up before the courts solely because of their homosexuality is long overdue," Maas said in Berlin on Wednesday. "They were pursued, punished and reviled by the German state just because of their love of other men, because of their sexual identity."

Maas said the legislation would go before the German lower house of parliament, the Bundestag, before the current legislative period ends in June.

Prospects for its passage are good. The opposition Left Party and the Greens are also in favor of rehabilitating and compensating Paragraph 175 victims. The government Anti-Discrimination Agency said that recent public opinion polls show a clear majority of respondents supported the legislation as well. 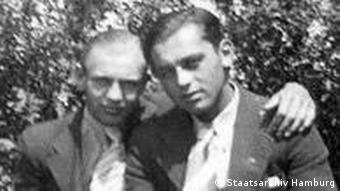 A long history of discrimination

Paragraph 175 was formulated in 1871, but it was rarely enforced until the Nazi regime expanded it to make homosexual acts of all sorts between men into felonies. The law was retained in both West and East Germany after World War II.

Estimates of the number of victims vary, but over 50,000 men were convicted in West Germany under Paragraph 175 between 1945 and 1994, when it was finally stricken from the criminal code. Lesbianism was never banned under the law. Victims of the legislation in Nazi Germany were legally rehabilitated in 2002, but those convicted after the war didn't receive similar pardons.

Legislation to redress that injustice has taken quite some time. After pressure from activists, Maas announced that his ministry would begin drafting a rehabilitation law in the middle of last year, and 30 million euros were earmarked for victims' compensation in late 2016.

"It was a very complicated matter legally because it requires the legislature to overrule the Federal Constitutional Court," Markus Ulrich, the spokesman for the Lesbian and Gay Federation in Germany (LSVD), told Deustche Welle. "But when a conservative external evaluator found last year that the government not only could draft legislation but had a duty to do so, that really got the ball rolling."

"The strength of a state of law is reflected in having the strength to correct its own mistakes," the Justice Minister said. "We have not only the right but the obligation to do something." 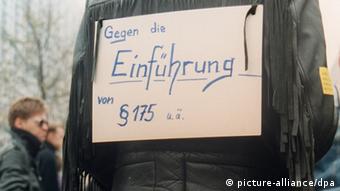 Jörg Litwinshuch, operative chairman of the Magnus Hirschfeld Foundation, named after the Germany gay rights activist, called the draft law "a significant milestone in rehabilitating the victims of Paragraph 175." The LSVD also greeted the announcement positively.

"After many long decades of ignorance, legal and political consequences have finally been drawn from severe mass human rights violations committed by a democratic state against homosexual people," association spokesman Helmut Metzner said.

But both the LSVD and the opposition parties would like to see the state offer more compensation to Paragraph 175 victims for the injustice they were subjected to.

"The compensation rules as they've been laid out are quite unsatisfactory," Left Party LGBTI issues spokesman Harald Petzold said in a statement. "The Left Party is calling for adequate and fair compensation. That's why we're demanding an individual payment of 9,125 euros and the introduction of a special pension for victims."

The Greens had a similar view of the situation.

"The damage to people's careers and pensions has to be taken into account," the Green Party demanded in its official statement. "Unfortunately, until now, these considerations have been excluded. The Bundestag will have to introduce improvements here."

The draft legislation will be sent to parliamentary committees, which can make amendments, before it is put before the Bundestag as a whole for approval. Should the Left Party and the Greens get their way, the costs could be well in excess of the 30 million euros allocated last year.

Does the end of paragraph 175 against homosexuality - removed from Germany's law books 20 years ago this week - mean that gay people are accepted now? DW's Felix Steiner is not so sure. (12.06.2014)