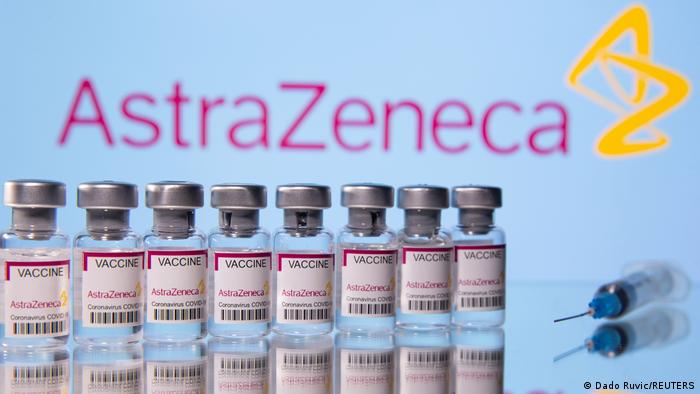 Germany on Monday halted the use of the AstraZeneca coronavirus vaccine, the Health Ministry announced in a statement, with Italy, France and Spain following suit later in the day. Several other EU countries have also stopped use of the vaccine because of the possibility of blood clots.

The German Health Ministry described the move as a "precaution" on the basis of advice from the national health regulator, the Paul Ehrlich Institute (PEI). According to the Health Ministry, the European Medicines Agency (EMA) will decide "whether and how the new information will affect the authorization of the vaccine" pending an investigation.

German Health Minister Jens Spahn said "the decision is a professional, not political one," following advice from the PEI. Spahn said the risk of blood clots from the AstraZeneca jab is low, but could not be ruled out.

"The most important thing for confidence is transparency," Spahn said during a briefing.

French President Emmanuel Macron said France would suspend the use of the vaccine, pending a review from the EMA, though he also said the suspension may be brief.

The EMA, meanwhile, said it will hold a special conference on Thursday to conclude its assessment of the vaccine.

"EMA currently remains of the view that the benefits of the AstraZeneca vaccine in preventing COVID-19, with its associated risk of hospitalization and death, outweigh the risks of side effects," the EMA said in a statement on Monday.

In addition to Germany, Italy, France and Spain on Monday, other nations across Europe and worldwide had halted use of the vaccine because of possible clotting risks. Sweden then followed suit on Tuesday.

The suspensions were not limited to Europe. Indonesia also announced a delay to its rollout of the AstraZeneca product, which is cheaper than its competitors and billed as the vaccination of choice for poorer nations.

Other non-European nations to have suspended use of the vaccine include Thailand and the Democratic Republic of Congo.

UK, Czech Republic and Poland have no plans to halt use

British Prime Minister Boris Johnson on Monday rejected the idea the UK would suspend the AstraZeneca vaccine, saying there was insufficient evidence to warrant such action.

The Czech Republic and Poland also said that they had no immediate plans to suspend vaccinations with the vaccine.

Outside of Europe, Australia announced it had no plans to suspend the use of the vaccine.

Virologist and associate professor at Northumbria University in the UK, Sterghios Moschos, told DW on Monday that governments should provide clear messaging about their decisions to suspend the AstraZeneca vaccine.

"It's really, really important that we give clear, concise and carefully thought-out messages," Moschos said, citing the prevalence of conspiracy theories and misinformation surrounding vaccines. "So in that respect, I fully support the decision of any lawmaker to stop, have a look and take into consideration the data."

"What we know is 17 million people have received the vaccine and 37 people have developed these blood clots. That corresponds to .0002% of actually anybody that has been vaccinated getting a blood clot," Moschos added, saying he would take the AstraZeneca vaccine "straight away" if it was offered to him.

At the same time, blood clots pose a major health risk and the threat should be taken seriously by health authorities, according to Peter Kremsner, the director of the University of Tübingen Hospital in Germany.

"Blood clots are very dangerous, depending on where they occur. But if they occur in the wrong part of the body, they can be deadly in no time. So this is not a joke," Kremsner told DW.

The proportion of cases resulting from the coronavirus mutation first detected in the UK is doubling every week, officials say.