The proportion of cases resulting from the coronavirus mutation first detected in the UK is doubling every week, officials say. 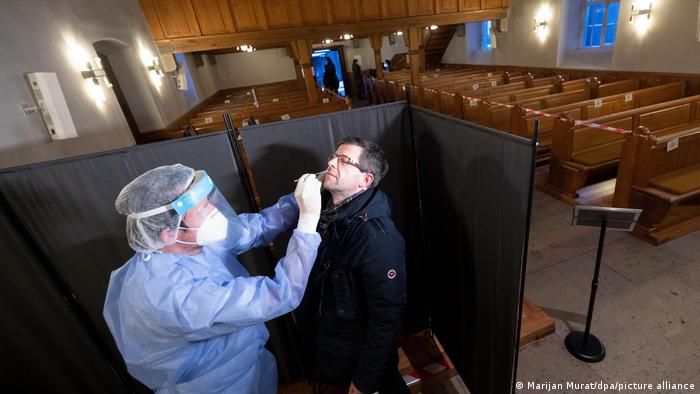 The variant, known by the scientific name B117, now accounts for over 22% of infections in Germany

German Health Minister Jens Spahn told reporters in Berlin Wednesday that the B117 coronavirus variant now accounts for 22% of all new infections in the country.

Two weeks ago, the number of cases resulting from the mutation first discovered in the UK was just 6%. Officials fear that despite a reduction in the number of new cases, this could cause another surge in infections.

What did the Health Minister say?

What is Germany doing to counter an increase in cases?

Spahn said Tuesday that Germany was planning free antigen tests for all residents from March.

Despite the emergence of new variants, Spahn noted that the infection rate had halved in two months of lockdown.

Current measures have seen non-essential businesses closed and private meetings limited to two households. The measures have substantially reduced the rate of infection, but Chancellor Angela Merkel and other government officials have said it is still too early to ease restrictions.

Germany has introduced  hefty border restrictions targeting over a dozen countries and regions where the virus is believed to be widespread. The regions include the neighboring Czech Republic and Austria's Tyrol.

The British mutation is estimated to be at least 35% more contagious than the novel coronavirus.

Lovingly built and wearing Carnival outfits, traditional puppets get to ride this year's floats in the Cologne Rose Monday parade. The actual parade, a mega event, was cancelled due to the coronavirus pandemic.