Germany: Snails compete in Oldenburg race for head of lettuce

A snail called Speedy Gonzales was the final winner of the race, taking home a head of lettuce. Trainer Rudi received a season ticket for Oldenburg's annual film festival in September. 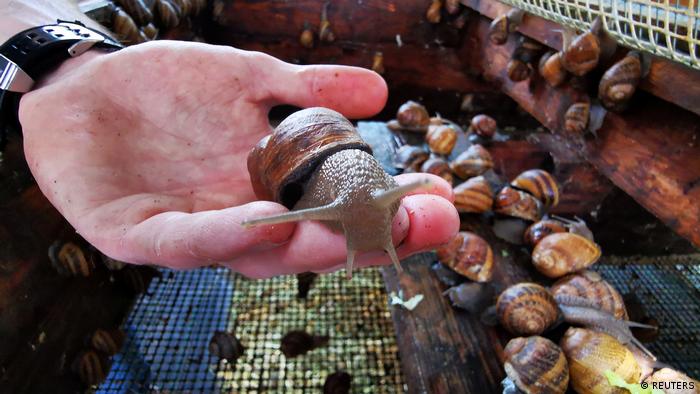 Snails competed for a trophy full of lettuce in Oldenburg

Snail was pitted against snail in an action-packed, 33-centimeter (13-inch) race in the northwestern German city of Oldenburg on Saturday, in a bid to promote the city's annual film festival.

A snail called Speedy Gonzales was declared the eventual winner of the race in a time of 3 minutes and 28 seconds, getting a head of lettuce as a prize.

What does the event consist of?

Around 25 snails were set off on a 33-cm racetrack to try to emulate the record of 2 minutes, 20 seconds for the distance set by a gastropod named Archie in 1995.

Organizers asked Oldenburgers to come to a central activity center with their "best, fastest, most elegant garden snails."

While Speedy Gonzales was feasting on a full head of lettuce, its owner Rudi received a season ticket for the five-day festival. 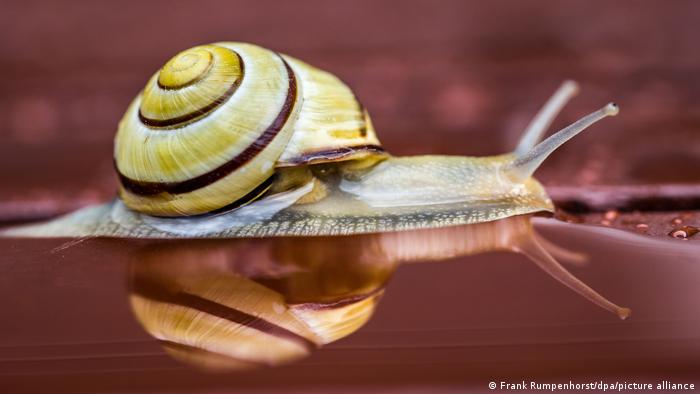 After the race, organizers put on the 2013 computer-animated film "Turbo" about a garden snail called Theo that dreams of becoming the world's fastest snail for 40 cinema-goers.

Seats for Oldenburg film festival are limited because of the pandemic. A streaming service allows people to watch the whole calendar of events from their homes anywhere in the world.

Where did snail races originate?

Snail races have gone from being a comedic spectacle to a serious sport with specific rules for over half a century.

The World Snail Racing Championship started in the English town of Congham in Norfolk during the 1960s.

Since then, races have been held there most years attracting up to 200 snails from nine different countries on tracks made of wet cloth.

How do some animals climb up walls?

Other events have sprung up in Oxford, Cambridgeshire and London, with the Guinness alcoholic drink even featuring a snail race in one of their advertisements.