Germany sees rise in cannabis and cocaine use

While cannabis use has continued its upward trend among young people, cocaine use and related crime have risen "significantly," according to Germany's latest drugs report. 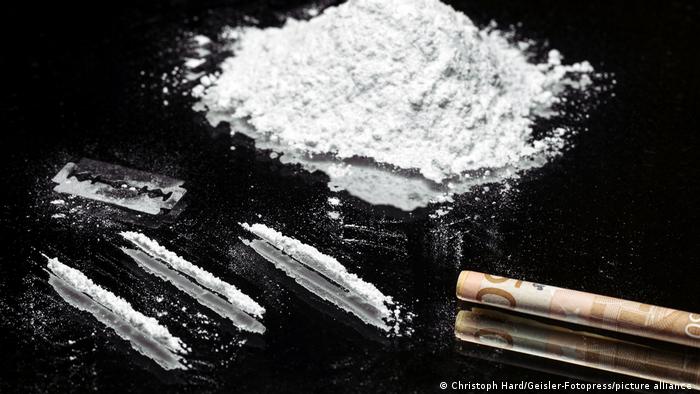 Cocaine use has risen in recent years in Germany, particularly among young adults

What were the main findings?

The annual report reveals the latest data on legal and illegal drugs, as well as developments in the trafficking of illegal substances.

The latest complete data on drug consumption in this year's report are from 2018 and 2019, compiled from a representative survey on substance abuse in Germany known as the ESA.

While the survey underway this year will paint a clearer picture of the impact of the pandemic on drug use, the current data already indicates several significant trends.

The following figures are compared to data from the last survey that was carried out in 2015:

What impact has the COVID pandemic had?

The coronavirus pandemic greatly affected both the illegal drugs trade in Germany and efforts to help people battling addiction.

"The pandemic was an extreme stress test for the addiction care system," the German government's drugs commissioner, Daniela Ludwig, said in a statement.

"Personal contact with therapists and counseling centers broke down almost entirely. We acted quickly and efficiently to prevent a collapse," she added.

Authorities also logged a major shift in the illegal drugs trade — with many transactions moving from the street to online.

"We must prevent Germany from becoming a hub for international drug trafficking," Ludwig said — urging for federal, state and local governments to pool resources to combat the growing problem.

How psychedelics are returning to the world of medicine

Millions of people in Germany have been diagnosed with depression. Researchers believe that drugs such as LSD and psilocybin can offer an effective treatment. They could also bring big profits.