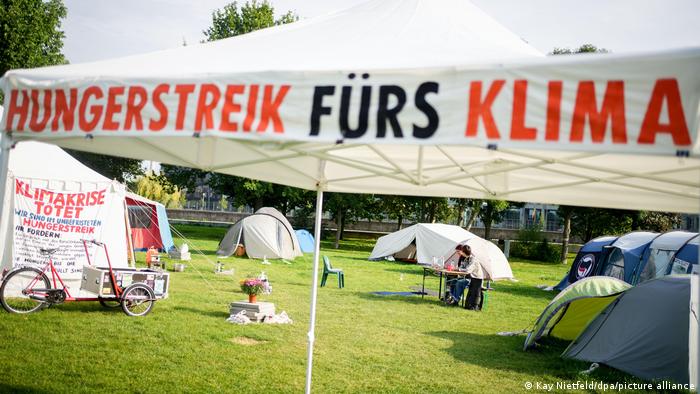 A 19-year-old climate activist on a weeks-long hunger strike outside the German parliament was taken to the hospital on Saturday, a spokesperson for the Charite hospital said.

The spokeswoman said it was unclear if the teen intended to continue her hunger strike.

Six climate activists began an open-ended hunger strike in front of the Reichstag building, home to the German lower house of parliament, on August 30.

They said their hunger strike would continue until leading candidates running to replace Chancellor Angela Merkel in the upcoming German election agreed to discuss the climate crisis with them.

The activists have also called for the creation of a citizens' council to give politicians a list of measures that need to be adopted immediately to protect the climate.

"We are full of concern for the health of Lina and the rest of us and have to watch desperately as politicians close their eyes to the condition of the hunger strikers and of our planet," the group wrote on Twitter.

On Tuesday, a hunger striker was temporarily admitted to a hospital, but he continued his strike after being discharged.

All three candidates for chancellor have called on the hunger strikers to end their protest. The candidates said they were prepared to have private meetings with the strikers following the September 26 election.

Environmental organizations such as Greenpeace also urged the activists to end their hunger strike. The groups said they share the activists' concerns but appealed out of fear for their health and welfare "not to put young lives at risk." 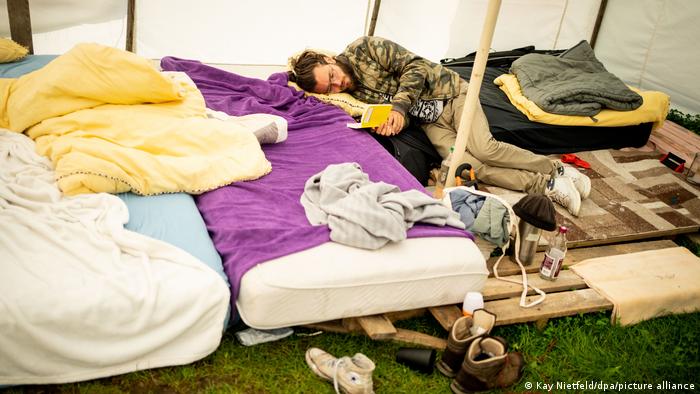