Record companies have scrapped the Echo awards after controversy erupted around anti-Semitic lyrics by the winners for best album. The decision came on a day of solidarity rallies with Jewish communities across Germany. 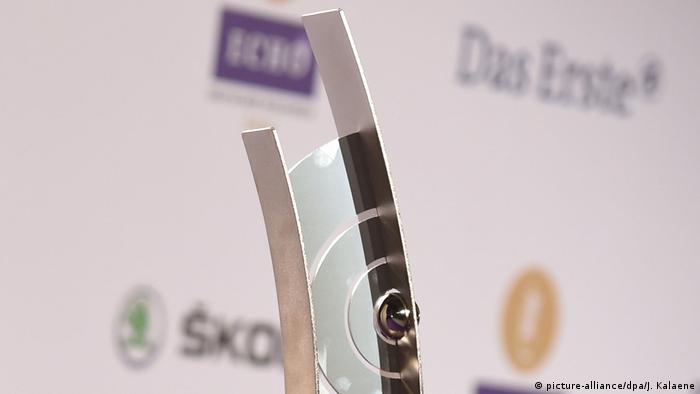 On Wednesday, Germany's BVMI music industry association announced that it would scrap its main annual prize after it was awarded to a rap duo whose lyrics were deemed anti-Semitic.

"The Echo brand is so badly damaged that a complete new beginning is necessary," the BVMI announced, adding that the "Echo will be no more."

"The events surrounding this year's Echo, for which the board apologized, cannot be reversed, but we can ensure that such a mistake does not happen again in the future," the BVMI statement said.

A firestorm of outrage erupted after the Echo's Hip-Hop/Urban prize was handed out earlier this month to the rap duo of Kollegah and Farid Bang, who in a song titled "0815" say their bodies are "more defined than Auschwitz prisoners."

The prize, which is based on sales, had gone to the act after they sold more than 200,000 copies of their album "Young, Brutal and Handsome 3."

Since the April 12 announcement that the duo had won, several prominent German musicians, including the influential rocker Marius Müller-Westernhagen and well-known classical conductor Daniel Barenboim, have returned awards in protest.

A number of sponsors have said they will no longer support the event.

On Wednesday, people in Germany staged shows of solidarity after the incidents that raised pointed questions about Berlin's ability to protect its burgeoning Jewish community seven decades after the Holocaust.

The controversy at the German Echo music awards and the recent assault in Berlin are alarming signs of growing anti-Semitism in Germany. Different Jewish musicians tell DW how they interpret the events. (25.04.2018)

As a former member of the advisory board for the Echo prize, Christian Höppner accepted the nomination of the controversial rappers Kollegah and Farid Bang. Their popularity demonstrates a deep social rift in Germany. (18.04.2018)