Germany running low on affordable housing | Germany| News and in-depth reporting from Berlin and beyond | DW | 27.07.2015

The number of subsidized homes in Germany has sunk once again, as the state cuts housing subsidies. Critics say the trend needs to be reversed to prevent a widening gap between rich and poor. 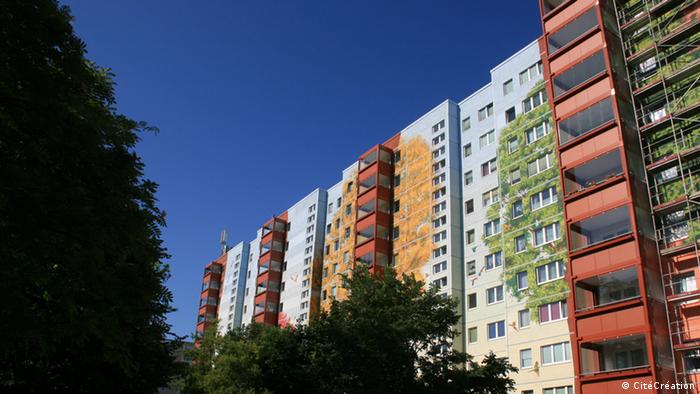 Germany could count only 1.48 million state-subsidized apartments in 2013, 63,000 fewer than in the year before, new figures released on Monday said.

The statistics came out as a result of an official question submitted to the government by Caren Lay, deputy parliamentary leader of the Left party, who called the trend a "decimation in social housing." She said Germany needed at least 150,000 new subsidized apartments per year.

Germany's social housing system saw property owners in the 1980s being given a state subsidy to build new apartments and subsidize rents for a certain number of years to ensure they were affordable.

Since a 2006 reform, social housing in Germany has been administered solely by state governments, and nationwide, the number of subsidized homes has sunk massively in the past 30 years, as privatization has taken hold and local governments have sold off their housing assets. 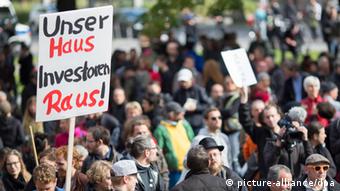 Opposite problems: Berlin and Saxony

In Berlin, where there is an increasing pressure on the housing market, budget cuts in 2003 meant that subsidized housing funds were not extended. Now every year, as subsidy periods run out, thousands of apartments are hit by a leap in rents, and landlords can legally raise their rents anywhere from 5 euros ($5,50) per square meter to the market value, which could be up to 12 or 14 euros per square meter. Though in practice few landlords actually impose radical rises like this, for fear of emptying their buildings.

To balance this, the Berlin government has introduced a fund to build 1,000 new subsidized apartments every year. "But they can't compensate for the ones that are disappearing," said Wibke Werner, of Berlin's renters' association.

"The problem is that 55 percent of all Berlin household incomes should really be entitled to housing benefits," she told DW. "Against that we are having a smaller and smaller number of subsidized apartments. And even in the subsidized apartments, the rents are going up to a level that isn't affordable anymore. Of course that's a problem."

More than half of the reduction recorded in 2013 was in Saxony, where the number of subsidized apartments sank from 42,000 to just 7,000 within a year.

In response, Rainer Seifert, director of Saxony's association of housing firms, defended his state's record. "We have enough affordable living space for the socially disadvantaged," he told DW in an email. "Unlike in other states such as Berlin, Saxony does not have a general demand for new apartments. In fact, the demographic development is forcing many companies in the housing sector to adjust their properties to the market, through partial demolition." 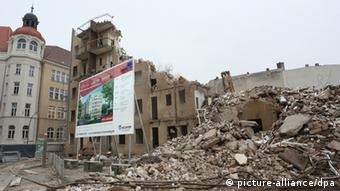 Many places in Germany are short of apartments

Meanwhile, as the number of state-subsidized homes has decreased, the amount of compensation the state has had to pay in the form of housing benefits has risen.

There has been some recognition among German politicians that more and more people are being priced out of the housing market, with Berlin introducing a rent cap at the start of June. But that has been criticized for its limitations.

For Seifert though, what is needed is more investment in construction, and rent caps send "completely the wrong signal." He argues that the rising costs of renovation mean that investors need more incentives, and housing benefits need to go hand in hand with subsidies for renovation. "If lower income households can no longer afford modern renovated apartments, and concentrate on unrenovated buildings, that will lead in the long-term to ghettoization, and social problems," he said.

Major German cities are encouraging new construction work to alleviate shortages, but oft they come in the form of private developments for rent. According to a survey carried out by the German news agency dpa, some 39,000 new apartments were built across Germany in 2014, with Munich building the most in proportion to its population - 7,000, or 4.7 per 1,000 inhabitants.

Berlin meanwhile, is lagging behind, building only 2.45 new apartments per 1,000 people. At the same time, new figures released earlier this month show the population in the German capital increasing more rapidly than previously thought - for the last three years, Berlin's population has swelled by 45,000 per year. The latest prognosis suggests the population will increase by half a million by 2030, bringing it to 4 million.

Berlin in June became the first German city to impose a cap on rents, limiting price increases on new leases to 10 percent above the local average in areas with housing shortages. Last month, rents fell around 3 percent. (14.07.2015)

A grassroots initiative is putting pressure on the city of Berlin to put significant money into easing the housing crisis that is pricing low-income families out of central districts. Stuart Braun reports from Berlin. (28.06.2015)