German social media users should have more power to defend themselves against online attacks, Cabinet ministers say. Legal changes would provide more transparency and a simpler way to make complaints. 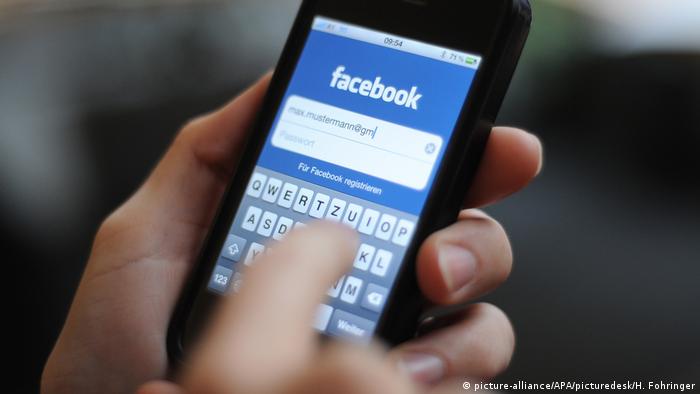 Users of networks such as Facebook, Twitter and Instagram should be given more rights to fight back when they come under attack online, ministers agreed on Wednesday.

The Cabinet approved changes to the Network Enforcement Act (NetzDG) to make it easier for users to take action when they want offensive posts removed.

The law applies to complaints of criminal threats and insults, hate crimes, and other offensive content.

"With the reform, we are strengthening the rights of the users of social networks," Justice Minister Christine Lambrecht said.

The rules make it easier to complain, with a simpler online pathway for registering grievances. The new procedure would allow users to report the post directly rather than having to take screenshots of the offensive items.

"Anyone threatened or insulted on the net must have the ability to report it to social networks simply and without complication," Lambrecht said.

Another legal tweak gives users the right to appeal when offensive posts are not taken down from a platform.

It also gives those users whose posts are removed the right to appeal against the decision.

The social network would, in either case, have to provide a reason for why it had or had not deleted the post.

Anyone who brings a lawsuit over criminal threats and insults posted online should have a method of finding out where it came from.

If the court gives permission, the social media company would be obliged to disclose the individual's identity.

A change to the law was already approved by the German government last month meaning that social media networks would have to report online hate crimes to Germany's Federal Criminal Police (BKA).

Not all networks covered

The original act, passed two years ago, obliges internet platforms to take action against hate, harassment and terror propaganda. Clearly illegal material must be deleted within 24 hours, while user complaints should be dealt with inside 48 hours.

In addition, each company must publish a report every six months detailing how they have dealt with complaints.