Germany pushes for tough sanctions against Syria | Germany| News and in-depth reporting from Berlin and beyond | DW | 29.04.2011

Ahead of a series of international meetings, German Foreign Minister Guido Westerwelle has called for broad sanctions against Syria for its brutal crackdown on anti-government protesters. 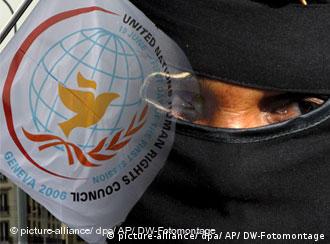 Germany wants a tough and unified response to Syria

"We strongly condemn in all severity the violence against one's own people," Westerwelle told the ARD morning news program, Morgenmagazin.

European Union ambassadors in Brussels are slated to discuss a joint EU reaction to the escalating violence against peaceful demonstrators in Syria at a meeting Friday afternoon.

A push by the EU to condemn Syria in a United Nations resolution failed in the Security Council on Thursday. 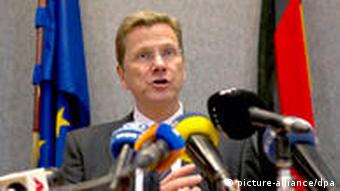 Westerwelle stressed that it was important that the international community now speak with one voice.

"We Europeans will be implementing sanctions," he said.

The chairman of the foreign affairs committee in the German parliament, Ruprecht Polenz, also called for “targeted sanctions” and a "clear response" to Assad.

"I am for clearly showing Syria that what they are doing in unacceptable," he said.

Polenz raised the prospect of sanctions aimed at travel restrictions for members of the Syrian regime, the freezing of assets, a weapons embargo and political isolation.

Westerwelle said "political solutions are the solutions with the most far-reaching effects."

Meanwhile, Human Rights Watch on Friday called for the United Nations Human Rights Council to investigate the deadly crackdown on protesters in Syria.

"Syria's President Bashar al-Assad needs to hear an unequivocal message from the Human rights Council that violent suppression of peaceful protests is unacceptable and will have consequences," said Julie de Rivero, the HRW Geneva office director.

Israel is taking a wait-and-see approach to the uprising in neighboring Syria. But concerns are mounting about the implications of a possible collapse of Assad's regime and the threat to Israel's long-term stability. (28.04.2011)

Anti-government protesters say they will stage further demonstrations after Friday prayers even as the regime vows to continue its violent crackdown. Hundreds of Syrians are said to have fled the unrest into Lebanon. (28.04.2011)