Judges in Bochum on Friday handed a two-year suspended prison sentence to a 66-year-old real estate tycoon in the first case brought to justice in Germany in connection with a major Liechtenstein tax evasion scandal. 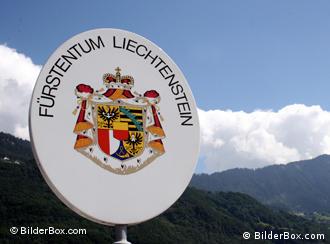 No longer a safe place to shelter millions?

Judges in the western German city of Bochum told the first multi-millionaire up for trial he would probably receive a suspended term of two years' jail for evading 7.5 million euros ($11.8 million) in tax between 2001 and 2006.

Elmar Schulte, from the western city of Bad Homburg, was found guilty of six counts of tax evasion after depositing several million euros in the Alpine principality of Liechtenstein and failing to declare the interest made.

He had made a full confession and already paid 7.6 million euros in back taxes and fines to German tax authorities.

Germany's BND foreign intelligence service described in February how it bought data on trusts managed by the Liechtenstein Bank LTG on behalf of wealthy tax-shy Europeans. The BND reportedly paid about 4 million euros for one DVD with the data.

Since then, German prosecutors have recovered 110 million euros in arrears from repentant taxpayers hoping to ward off trials, according to a prosecutor, Eduard Gueroff, quoted Friday by the newspaper Westdeutsche Allgemeine Zeitung. 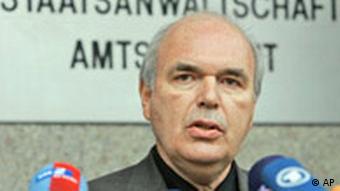 Prosecutors in Bochum said they have opened inquiries against about 700 tax dodgers all over Germany. Under German tax law, they were supposed to report all dividends and interest earned abroad by trusts that they fully controlled.

Liechtenstein has angrily denied abetting tax evasion, but also refuses to disclose whose money it is keeping, saying it is up to bank clients to honestly report their income in their home nations.

The scandal broke in February when police identified Klaus Zumwinkel, chief executive of world parcels and mail carrier Deutsche Post, as a suspect. TV news trucks staked out his home as it was searched and he resigned his post.

Many scared taxpayers turned themselves in, even if they were not named on the DVD. The newspaper quoted Gueroff saying that after 200 searches of homes and offices, prosecutors were still not finished.

"We're doing a bit more raiding again at the moment," he said.

The German raids have highlighted the sensitive issue of tax havens protected by historic and seemingly ironclad policies of bank secrecy. 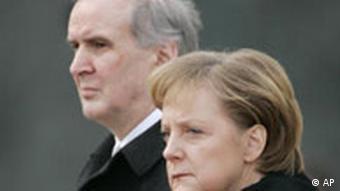 Merkel has made her case clear to Liechtenstein's PM Hasler

As widespread searches continued in connection with the biggest tax fraud probe in German history, German Chancellor Angela Merkel said she sought "a comparable level of transparency" with Liechtenstein as with European Union states, given that a full tax harmonization was not possible.

The chancellor noted that Liechtenstein, which is not an EU member, "is a country about which we still have questions."

Those questions likely include how hundreds of wealthy Germans were allegedly able to hide an estimated several billion euros in lightly-taxed Liechtenstein foundations, depriving government coffers of several hundred million euros in taxes.

While it is not illegal to put money into the miniscule principality wedged between Switzerland and Austria, failing to declare the funds is punishable by prison terms of up to 10 years because German law expects taxes to be paid in an individual's country of origin.

The union of German tax officials estimates that such tax evasion amounts to around 10 billion euros annually. 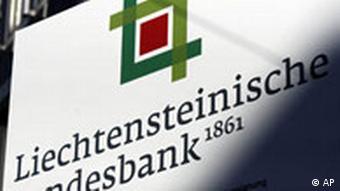 Germany ended up paying between four and five million euros for information on the alleged German fraudsters to a mysterious informer who officials in Liechtenstein say stole the data in 2002.

"All the same, it is scandalous that in the heart of Europe, countries like Liechtenstein, but also Switzerland, do not consider fiscal fraud a felony but just a simple misdemeanor, like traffic violations," commented Caspar von Hauenschild of the anti-corruption group Transparency International. "The reality is that Liechtenstein actively aids tax evasion, that it has made it an entirely separate economic activity."

Liechtenstein is termed an "un-cooperative tax haven" by the Organization for Economic Cooperation and Development (OECD), along with two other principalities, Andorra, between France and Spain, and Monaco on the Mediterranean coast near the French border with Italy. "Excessive bank secrecy rules and a failure to exchange information on foreign tax evaders are relics of a different time and have no role to play in the relations between democratic societies," OECD Secretary-General Angel Gurria said Tuesday in a statement.

Other fiscal havens often singled out include Guernsey and Jersey in the Channel Islands, or the Bahamas and Cayman Islands.

In theory, European havens agreed in 2005 to withhold taxes on accounts held by foreigners and to remit most of the amount to their country of residence, starting at 15 percent and slated to increase to 20 and finally 35 percent.

In exchange, Liechtenstein, along with Andorra, Austria, Belgium, Luxembourg, Monaco, San Marino and Switzerland were not obliged to provide details on funds placed in financial institutions on their territory.

But policy gaps still allow family foundations in places like Liechtenstein to be used by those who seek to evade taxation. Taxes on earned interest can be as little as 0.05 percent.

That compares with German taxes, including capital gains, which will reach as high as 28 percent starting in January 2009.

The German tax officials union predicted that Merkel alone would not be able to fight fiscal havens and win.

"You would need strong political pressure from the entire European Union," union president Dieter Ondracek told AFP news agency. "And it's not going to happen tomorrow."

For years, dictators have been depositing their ill-won gains in Switzerland's banks. Now the country has started returning the money to the countries involved. But critics say it's not happening fast enough. (16.06.2008)

Four men have gone on trial in Germany for blackmailing the Liechtenstein bank LLB with threats to reveal compromising data on over 2,300 bank customers suspected of tax evasion. (12.04.2008)