Germany Prepared to Lend Financial Help to Eastern Europe | Europe| News and current affairs from around the continent | DW | 19.02.2009

German Chancellor Angela Merkel said her country was ready to help eastern European countries experiencing economic difficulty. Aid would come mainly via the IMF and likely go to nations outside the euro zone. 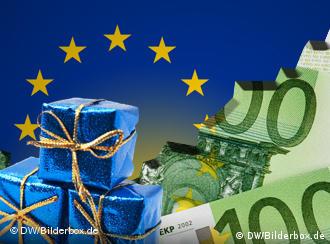 Germany is ready to offer aid to suffering European nations

"If help is needed we are ready, particularly through the IMF," Merkel said. "Germany will not refuse to (financially) support the IMF if necessary. But we should avoid talking down countries that are not encountering difficulties because there are lots of rumors circulating that can breed weakness."

Poland, the Czech Republic and Hungary have all seen their currencies come under serious pressure, causing companies to close and leading to millions in losses for people and businesses who have borrowed in foreign currencies including the euro.

As finding sources of financing becomes more difficult, the Romanian central bank said this week it might seek help from the International Monetary Fund as Hungary and Latvia did last year.

Euro zone proven worth in crisis 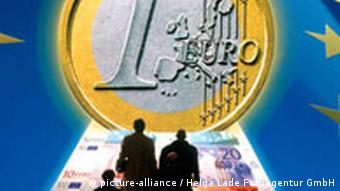 Poland hopes marching quickly to the euro will help the economy

He added that the commission had not received any other requests for aid.

Asked whether Germany would offer financial support to ailing euro-zone countries, Merkel wouldn't commit to a pledge made earlier in the week by her country's Finance Minister, Peer Steinbrueck.

"I will not participate in any speculation, but I can say the euro zone is strong and has proven itself in the crisis," Merkel said.

Finance Minister Peer Steinbrueck said on Monday that although EU rules said countries should not help each other within the euro zone, all members of the bloc would have to help "if it came to a serious situation."

Barroso said euro-zone members were in "much better shape" than countries outside the currency bloc. 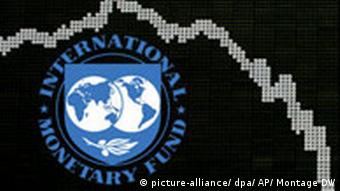 The IMF has already lent to some struggling European nations

Poland, which managed to avoid much of the initial stages of the global economic downturn, has been hit hard by a sliding currency and plunging growth figures and has turned to the euro as a way out of the crisis.

"Secure public finances and a quick adoption of the euro are the best way out of the crisis," Polish Finance Minister Jacek Rostowski told lawmakers on Thursday, defending the government's decision not to increase Poland's budget deficit.

The financial crisis is putting pressure on countries such as Ireland and Greece, whose bad credit rating is making it difficult to raise the money to pay off huge state debts. Germany, meanwhile, has the best credit rating in the EU and would be expected to foot a large part of the bill in order to hold the euro zone together.

The world economy will grow by only 0.5 percent in 2009, the worst rate since World War Two, as industrial nations battle a recession that is dragging developing countries down with them, the IMF said Wednesday, Jan. 28. (28.01.2009)