Police have reopened roads around a synagogue in Hagen after responding to a possible threat of attack during the festival of Yom Kippur. 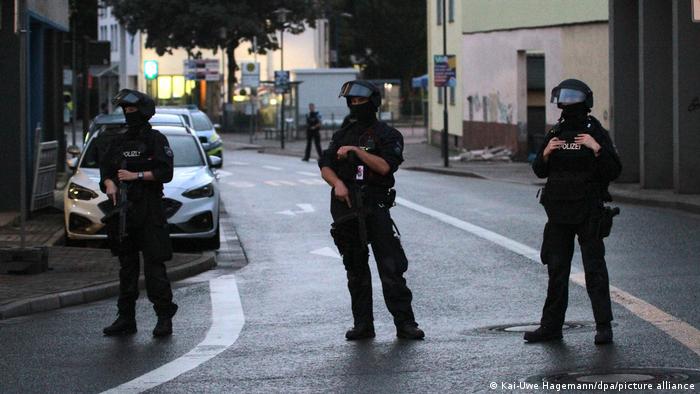 Police deployed in numbers, saying they were in close contact with the local Jewish community

German police were responding to a possible threat made to a synagogue in a town near Dortmund on Wednesday evening, coinciding with the Jewish festival of Yom Kippur.

Authorities in the state of North Rhine-Westphalia warned on Twitter that they had "information about a possible threat related to a Jewish institution in Hagen."

"Protection measures have been taken in response. We are in close contact with the Jewish community," Dortmund's police said.

Several hours after shutting down the nearby area for traffic and pedestrians, the police lifted restrictions and reopened the roads. Police dogs were unable to find anything at the scene, but several armed officers remained stationed outside the synagogue.

Local media reported that a large contingent of police officers had been deployed and several streets were closed off. Local newspaper Westfalen Post reported that "heavily armed police are patrolling in front of the synagogue and the surrounding area."

Police later told dpa that the situation at the synagogue was "static" and that the building was empty.

Hagen's Mayor Erik Schulz told the newspaper that: "As little as we know about the exact situation — our thoughts are with Hagen's Jewish community." 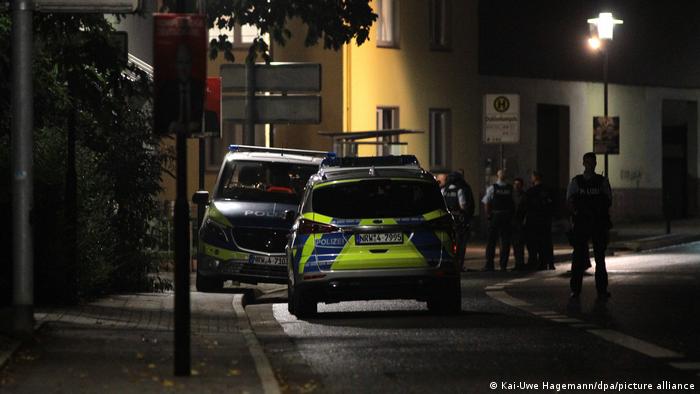 The threat coincided with the ceremonies on the eve of Yom Kippur, considered the holiest day in the Jewish calendar

In 2019, a far-right extremist tried to enter a synagogue in the eastern German town of Halle during Yom Kippur, which fell in October that year. When he could not get through the fortified door of the building he shot and killed two passers-by.

Hagen is a town of 200,000 people on the edge of the industrial Ruhr region in western Germany.