A leading German environment group has called for action, with the number of wolves killed without legal permission on the rise. Anyone caught illegally killing a wolf could face jail or a fine, but prosecution is rare. 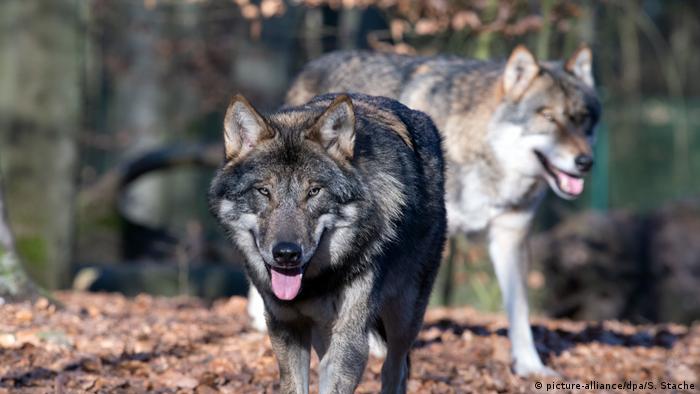 Wolves were returned to the wild in 2000, and their numbers are growing

A total of 11 illegally killed wolves have been found in Germany so far this year, the highest yearly number since the animal returned to the wild in the country 21 years ago, a leading German conservation association has said.

The German Society for Nature Conservation (NABU) said that peak was reached with the discovery of three shot animals in the northern state of Mecklenburg-Western Pomerania at the end of September.

NABU added that 64 wolves in all had been killed since their reintroduction, with the number of unreported killings likely much higher.

"Each of these killings is a criminal offense and must be prosecuted," said NABU department head Ralf Schulte. He added that Germany was far from having adequate protections for wolves.

NABU said perpetrators of such killings are not usually caught because German states do not have agencies specialized in the protection of animal species. Lynxes and several species of birds of prey also fell victim to illegal killings, it said.

In total, 128 packs, 39 wolf pairs and nine territorial individuals were detected in Germany during the monitoring year 2019-2020, according to data from the Federal Documentation and Consultation Center on Wolves (DBBW).

The same agency registered 942 attacks by wolves on livestock in Germany in 2020, mostly in the states of Lower Saxony and Brandenburg.

In view of the growing number of wolves in the country, the German Hunting Association (DJV) has called for the protection status of wolves to be lowered from "strict" to "conditional."

However, even such a status would not mean a free-for-all for hunters.

Under the current rules, anyone killing a wolf without a permit could face up to five years in prison or a fine.