President Frank-Walter Steinmeier has attended commemorations in Weimar to remember the thousands of people killed by the Nazis at the Buchenwald and Mittelbau-Dora concentration camps. 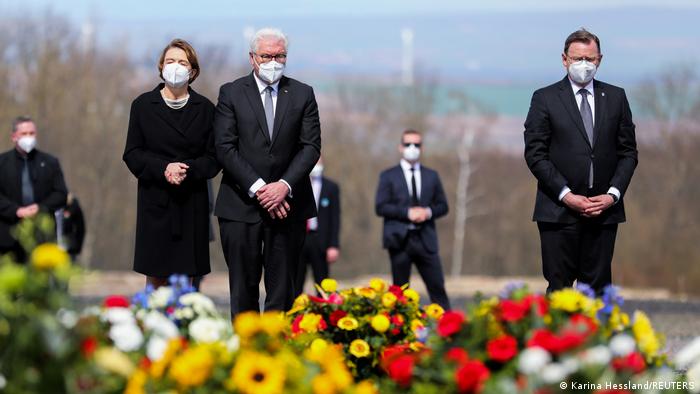 Germany marked the 76th anniversary of the liberation of the Buchenwald and Mittelbau-Dora concentration camps in the central city of Weimar on Sunday.

President Frank-Walter Steinmeier attended a commemoration ceremony at the German National Theater, accompanied by Thuringia State Premier Bodo Ramelow and the president of the state parliament, Birgit Keller. Both camps are located in what today is the eastern state of Thuringia. 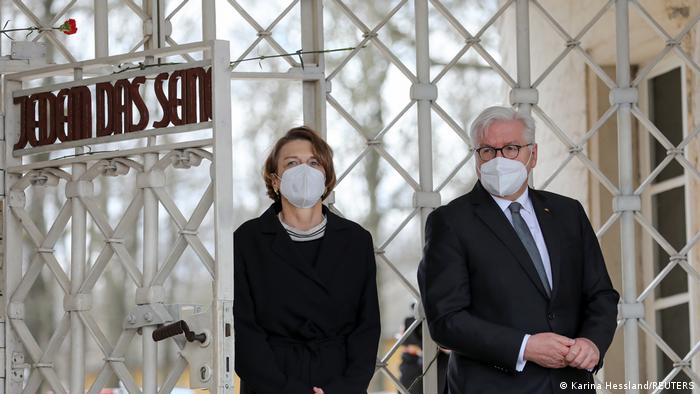 The Buchenwald camp, located near the city of Weimar, was liberated 76 years ago

In a speech, Steinmeier warned against wanting to forget the "barbarism" of Nazi Germany, adding that "anyone who no longer remembers what has happened has also forgotten what can happen."

"Yes, it was a dictatorship, a National Socialist rule that was responsible for the cruelest crimes and genocide, he emphasized. "But it was people, Germans, who did that to other people."

The head of state called for people to oppose those "who deliberately disregard the dignity of the victims today," adding that it is important to keep the memory alive of those killed.

What happened at Buchenwald?

Most of the initial inmates there were political prisoners, but following the Kristallnacht pogrom of 1938, many Jewish people were also sent there.

People from other groups targeted by the Nazis including Poles and Slavs, Roma and Sinti, communists, homosexuals and those with mental illnesses or physical disabilities were also imprisoned at Buchenwald.

"With its diversity of victims' groups, Buchenwald represents the entire barbarism of the Nazis," Steinmeier said, adding that the camp "stands for racial fanaticism, torture, murder and elimination."

They were murdered, used in medical experiments or perished due to starvation, illness or in the cold while being forced to work making weapons for the Nazi regime.

In Mittelbau-Dora, which was initially linked with Buchenwald and later became a separately run camp, around 60,000 people were imprisoned, a third of whom died there.

The US Army first entered the camp near Weimar on April 11, 1945. There, they found 21,000 survivors, including several hundred children and adolescents.

The Buchenwald concentration camp grew to be the largest German death camp by the end of World War II.

Last year, the commemorations of the 75th anniversary of the liberation of the concentration camp had to be canceled due to the coronavirus pandemic.