A German man in Lower Saxony thought he was reeling in a massive fish while he was angling. It turned out to be something more dangerous: a hand grenade from the Second World War. 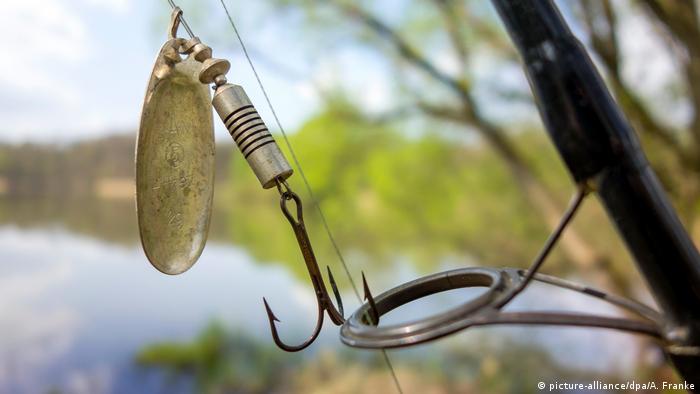 A 27-year-old German man reeled in a French hand grenade from World War II while he was fishing in the northern German town of Emden on Friday, local police said.

The man was fishing on a bridge in Emden when the incident happened, police said. He said he was using "normal fishing tackle with a hook."

"Instead of a pike, it was a grenade," a police spokeswoman said on Saturday.

Police closed off the area around where he was fishing and the device was handed over to the explosive ordnance disposal service.

A similar incident happened in Hamburg where two children fished a World War II hand grenade out of the Alster tributary. The 11-year-olds had attached a magnet to a fishing rod as part of a "treasure hunt."

Cafe Salomon is Leipzig's first kosher restaurant since the Holocaust. The Saxon city, where tens of thousands of Jews were persecuted in the 1930s, now has one of the most active Jewish communities in eastern Germany. (27.03.2019)

The film "The Keeper" tells the story of Bert Trautmann, a German prisoner of war who became a football legend in England. He literally broke his neck to secure Manchester City's FA Cup Final victory in 1956. (14.03.2019)