Germany is the world's leading producer of wind energy. The centre of Germany’s wind energy industry is Schleswig-Holstein, a northern state situated between the Baltic and the North Seas. 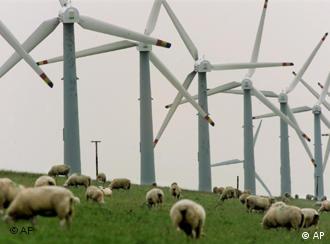 Here, the wind is plentiful and the issue of rising sea levels is of the utmost relevance. Currently, Schleswig-Holstein's 2,600 wind turbines are capable of producing one-third of its electricity needs by utilizing just one percent of its land mass. And by the year 2010, the state plans to supply half of its electricity from renewable energies.

According to Schleswig-Holstein’s Economy Minister, Dietrich Austermann, his state has proved that ecology and economics can mix. 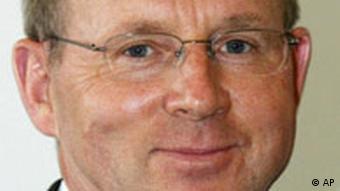 Some 5,000 people in Schleswig-Holstein, and over 10,000 nationwide, have found employment within the industry’s infrastructure.

"We are experiencing dramatic economic success when you consider how many people are employed in the wind energy industry, in the manufacturing of turbines, in their operation and maintenance and in developing new technology and designs," Austermann said.

Schleswig-Holstein’s first wind power project in 1980 was a catastrophic failure, riddled with technological ticks. But in 1982, private citizens decided to try again. They erected and operated wind turbines on their own. This time around, the project worked, and the idea caught on.

Clusters of wind turbines owned and run by citizens from rural communities sprouted up throughout the region.

Twenty years ago, Jan Martin Hansen, a farmer in the tiny village of Braderup, organized 33 fellow villagers to construct a wind park on their farms. The farmers wanted to "do something for the environment" while also creating a second income by generating alternative energy, expained Hansen.

At the same time as paying-off their bank loan, the group paid themselves an annual yield of eight percent, and in some years, a 10 percent dividend as well, thus making a sizeable profit on the borrowed funds.

Those were windy years and the group was able to pay-off their loan early. But instead of sitting back and pocketing their profits, they decided to reinvest in the environment - and in the future.

The group realized that they could generate at least twice as much electricity from the same land if they installed new turbines. 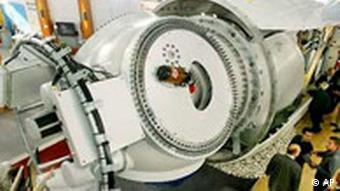 They only have eight turbines now but according to Hansen, even with very little wind, the new turbines produce much more energy because of their advanced technology and the larger blades.

Every additional meter in the height of a wind turbine increases output by 1%. Today’s turbines can be built three times higher and generate up to seven times more energy than the first models produced.

The largest turbines have a capacity of five megawatts per kilowatt hour and can supply 4,500 households with electricity. With such advances in technology, experts estimate Germany could earn 100 billion Euros with wind power by the year 2012.

But this is only if older wind parks update their turbines, if large offshore wind parks are built, and if the "Erneuebare Energie Gesetz" (Renewable Energy Law, or EEG) stays in place.

The EEG forces the energy companies running Germany’s electricity grids to buy renewable energy from individual suppliers at a fixed-price. The law thus guarantees small energy suppliers that their energy will be bought at a price that makes their investment worthwhile.

Because of the EEG, Jan-Martin Hansen is optimistic about the future of wind power in Germany.

"We hope it stays," he said. "Without it, it would have been impossible to build our park because we would never have secured a loan from the bank."

With the implementation of similar fixed-price renewable energy laws like the EEG currently in discussion in many countries, unexpected new wind power markets are being created.

Rather than scrapping his old turbines, Hansen sold them to investors in Bulgaria and Romania, who were happy to get turbines in good condition at half their original price.

The current EEG fixed price for renewables in Germany is 9.1 cents per kilowatt hour.

Critics of the EEG say the price is enough to make investments profitable on land, but needs to be higher to inspire more expensive and risky endeavors offshore. 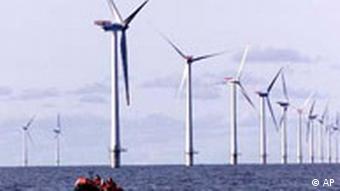 Germany could lose its edge in the offshore wind industry

According to Peter Bielenberg, from the cluster management company Windcomm, the price has caused stagnation of Schleswig-Holstein’s offshore wind park development.

He pointed out that countries have EEG laws securing fixed-price rates that are "twice as high" as in Germany.

"And that’s why German entrepreneurs are taking their projects abroad and building where they can get more money for the electricity with less financial risk," Hansen said.

Back on dry land, Schleswig-Holstein’s wind industry’s infrastructure continues to develop. This is especially true in the port city of Husum, home to the world’s first education center set up to train people to build, operate, and repair wind turbines. 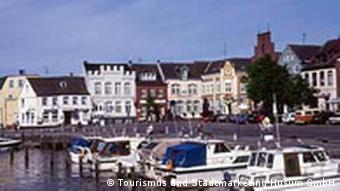 Husum is home to the world's first training center for technicians

The trainees learn theory in the classroom, and get lots of hands-on practice from placements at a variety of companies and production plants.

The center's program and teaching methods have already been adopted by other countries, like the US, Canada, and France, and have become the benchmark of quality for training workers in the wind power industry.

Bielenberg is proud of the teaching at the center. "It is comprehensive, thorough, easy to adopt and apply, and most important, has excellent results," he said.

And Bielenberg is also proud of his state’s leading role in wind power. "You see, here in Schleswig-Holstein, we have bold entrepreneurs everywhere. And we also have a bit of the pioneering spirit, which I think really makes a difference."

Kiel University’s Center of Excellence in Wind Energy works in conjunction with other universities throughout the country conducting research to find solutions to specific problems and smooth-out glitches that occur in wind power operation. 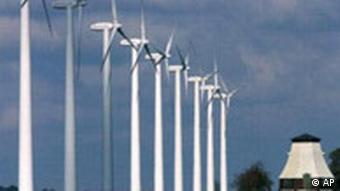 But according to Peter Schaffarczyk, a research scientist at the center, the biggest problem is dealing with the unpredictability of the wind itself.

But it’s not only wind power that is taking off in Schleswig-Holstein --all forms of renewable energy are developing at a strong pace. The state also has the largest rape seed and bio-diesel production plant in Germany.

Dietrich Austermann, the state’s Economy Minister, thinks Schleswig Holstein can serve as a good example of what can be done to avoid CO2 emissions by investing in renewables.

"I think in the future, more energy will be produced from bio-mass, and food farmers will become energy farmers. Biomass energy might soon become an even more significant player than wind power in the very near future."