Germany introduces €9 ticket to offset the impact of the Ukraine war | Germany | News and in-depth reporting from Berlin and beyond | DW | 20.05.2022

With energy prices soaring, Germany's parliament has approved the €9 per month ticket plan for public transport over the next three months. But the plan has its detractors. 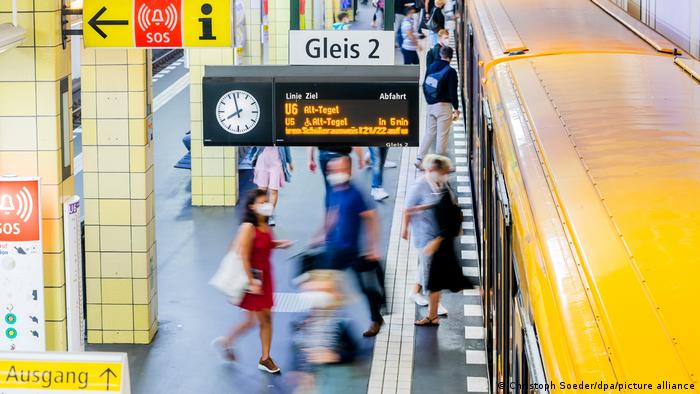 Germany's parliament has approved a plan that will cut the cost of travel in the country over the next three months. Parliament's upper house on Friday, signed off on the €9 ($9.50) per month ticket plan, which will run for the next three months beginning June 1. This will include public transport across Germany with all modes of city and regional transport.

For comparison, the €27 passengers can pay for the ticket over the 90-day period is about half the cost of the cheapest monthly ticket for Berlin's inner zones.

The ticket, called "9 for 90," is a response to Russia's invasion of Ukraine, which has contributed to increases in already high energy prices. Part of a larger package of financial relief, it aims to reduce gasoline consumption and promote climate-neutral travel by public transport.

"Every person who uses public transport contributes to weaning our country off Russian energy and bringing us closer to climate neutrality," Transport Minister Volker Wissing said following a meeting with state-level counterparts earlier this month.

The federal government's bill would provide €2.5 billion to finance the program.

Cross the city — and the country

"This might tempt more people, longer-term, to take public transport rather than their car," Jon Worth, a rail advocate, told DW. "And it will even work for tourists too; anyone can buy these passes."

While foremost intended for commuters to get around locally without their gas-guzzling cars, the subsidized ticket can get you much further. For those with time to spare and unfazed by multiple changes, all of Germany — and even some points just across its borders — would be reachable for €9.

"Even if it's an attractive, albeit limited, offer, the cheap price alone will not increase the switch to public transport. For a long time, the German Tourism Association has been demanding a fast and committed expansion of rail and mass transit infrastructure, better connections and more frequent service. That's what will really trigger a transition," Huberta Sasse, a spokesperson for the German Tourism Association, told DW in a statement. 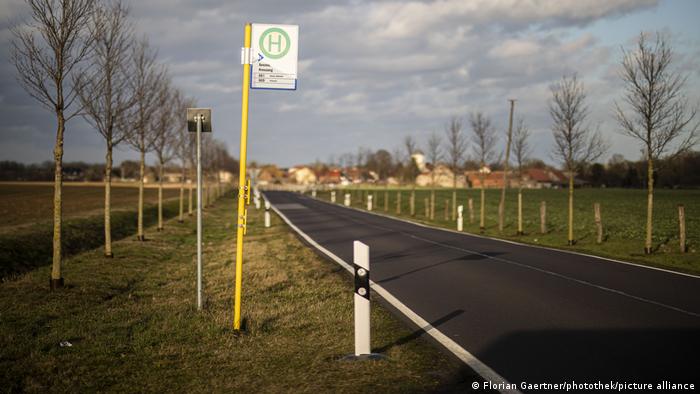 Benefit for commuters in urban areas only

Thirteen million daily commuters in Germany use regional trains operated by Deutsche Bahn, the national public railway. They routinely complain about overcrowded trains, poor service, delayed trains and canceled routes. In response, the company has said service interruptions are partly due to track work that will improve conditions in the long run.

"With new and newly designed trains, we are increasing capacity and comfort, and improving passenger information. This continual modernization is a constant boost in attraction for rail and mass transit — including for the period of the €9 ticket," Maria Menz, a railway spokesperson, told DW in a statement.

It's unclear how the €9 ticket will affect demand. In a recent poll for public broadcaster ARD, 44% of people in Germany said they definitely or probably want to use the ticket. Sixty percent of city dwellers were in favor, compared with under 40% in rural areas.

The ticket is expected to have little impact on suburban and rural areas, where residents have far fewer public transport options than cities and rely more heavily on cars. The spokesperson for local administrations, Reinhard Sager, criticized the government's plan as a political move that would take a lot of effort to implement and wouldn't lead to lasting change. Better, he told the dpa news agency, to invest the billions on improving infrastructure and service.

Local transport companies, while welcoming the political attention, have complained of administrative headaches. They have to develop new platforms for selling the special ticket, and passengers with an existing monthly pass will need to be compensated for the difference during the three-month period. 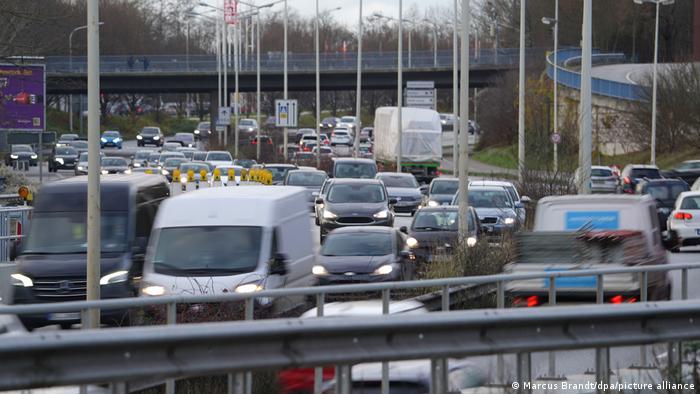 The biggest unknown is what happens after August. In its coalition agreement, the federal government agreed to increase its financial support for local transport. That was before inflation and war caused energy prices to skyrocket. Neither the Transport Ministry nor the Finance Ministry, both controlled by the neoliberal Free Democrats, have made firm financial commitments beyond the €9 ticket.

"We're worried that, following this lovely, special offer, ticket prices will go through the roof, because the costs of energy and fuel are rising drastically," Winfried Hermann, the transport minister for the southern state of Baden-Württemberg, said at the ministers' conference earlier this month.

Despite the uncertainties and details left to work out, many rail and climate advocates are hopeful that a cheap way to get around this summer will be enough to convince more people to leave their cars at home.

"Many of those involved are doing everything in their power to organize in such a way that these three months will proceed as practically as possible — and that especially those passengers using mass transit for the first time won't be put off by the experience," Peter Cornelius, the head of the Berlin chapter of Pro Bahn, a passenger rights group, told DW.

The €9 ticket could be available for purchase as early as May 20.

The measures include reduced fuel tax and €9 monthly tickets for public transport. They are planned to last for just three months.

To combat air pollution, a number of German cities are trying to encourage citizens take public transportation. But convincing Germans to give up using their cars in favor of buses and trams has proved to be difficult.

The last time prices rose faster was for West Germany in 1981. More than any other factor, increasing energy prices, exacerbated by Russia's invasion of Ukraine, are fueling inflation.