Germany must compensate Russia's Bashkirian Airlines after one of its planes was involved in a mid-air collision with a cargo jet over German soil four years ago, killing 71 people, a court ruled on Thursday. 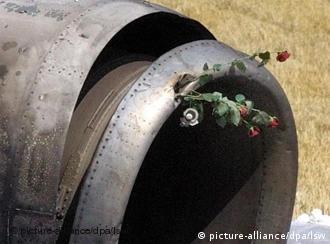 The Russian Tupolev plane had been taking its passengers, including 52 children, to a seaside holiday in Spain when it collided with a DHL cargo plane over Überlingen, near Lake Constance, on the border between Germany and Switzerland.

The court in Constance ruled that because the German state had asked Swiss air traffic control authority Skyguide to guide traffic in that part of southern Germany, it breached its constitution and was responsible for the disaster.

"The sovereign task of securing air space has never been effectively transferred to Switzerland," the court said in its ruling. 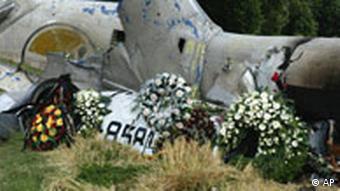 The court said pilots were not at fault for the crash

An inquiry concluded last year that a catastrophic chain of human error, system failures and technical problems had led to the collision.

"This would have led eventually to the overload of the only air traffic controller working at the time and ultimately would have caused the collision between the planes," the court said.

Had a warning program and telephone, which were undergoing repairs at the time of the accident, been in working order, the crash could have been avoided, according to Wilhelm Müller, who was the case's chief judge.

A single Skyguide controller-manned station instructed the pilot of the Russian plane to descend to avoid a collision despite instruments aboard the plane saying he should climb. The DHL plane's instruments also told it to climb to the same level, which led to its tail fin cutting through the Russian jet killing all 69 aboard as well the two German DHL pilots.

In 2004, a Russian man who lost his wife and two children in the disaster stabbed to death a Swiss air traffic controller who had been under investigation in connection with the collision. 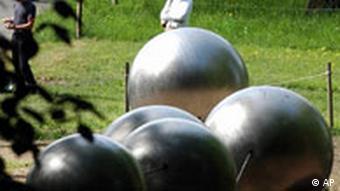 A memorial was built for the crash victims

The court said it will rule at a later date on the amount of the compensation to be paid to Bashkirian airlines. The company has sought 2.6 million euros ($3.3 million) in damages from Germany.

Decisions on compensation for pain and suffering by the victims' families are also pending in Constance and in Switzerland. Prosecutors are also considering charges of manslaughter against eight Skyguide employees.

Investigators near Lake Constance are sifting through a corridor of wreckage ten kilometers long and one-kilometer wide as they try to find answers to Germany's worst plane crash in nearly 30 years. (July 3, 2002)

The skies over Europe are in danger of future accidents unless co-operation and compatability can be secured between contradicting air traffic control centres across the continent. (July 12, 2002)

The European Union on Friday signed an agreement with nine countries, as well as the UN mission in Kosovo, to create a common aviation area in a move hailed as boosting European economic and commercial integration. (May 5, 2006)