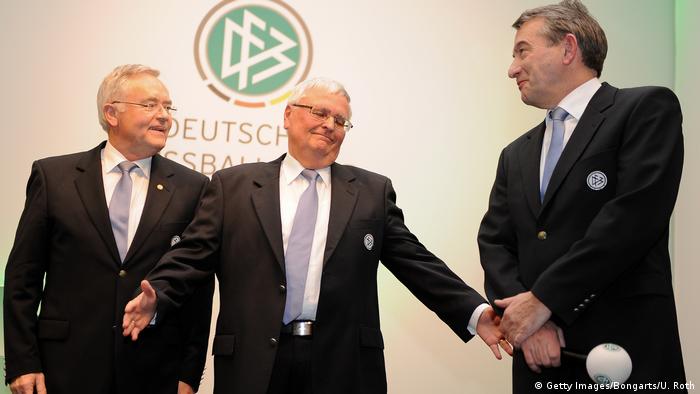 The court handed down its ruling in response to an appeal by prosecutors against a lower court ruling that there were insufficient grounds to proceed with a trial.

The charges are based on a payment of €6.7 million ($7.5 million) that the DFB made to FIFA in 2005, which it declared as a contribution for a cultural event at the 2006 World Cup in Germany and therefore as a tax-deductible expense. The ceremony in question never actually took place.

The court said in a statement: "After analysis of the file there is enough suspicion that ... the payment of €6.7 million in April 2005 from the organizing committee World Cup 2006 to FIFA was wrong."

The statement added that the four in question faced prison sentences of up to five years or a fine. All four have denied any wrongdoing, and the accusations received short shrift from Zwanziger's lawyers.

"Neither the fact nor the content of the ruling changes anything about our legal view that the allegations against our client are unfounded," Zwanziger's legal team said in a statement.

Swiss federal prosecutors filed an indictment against the former football executives three weeks ago. It alleged they had "fraudulently misled the members of the supervisory board of the DFB organizing committee for the 2006 World Cup" about the purpose of the payment.

In the indictment, the prosecutors claimed that Schmidt, Zwanziger and Linsi "jointly committed fraud" and that Niersbach was "complicit." 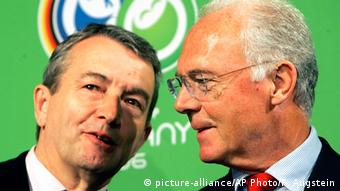 Franz Beckenbauer, who led Germany to World Cup glory both as a captain, in 1974, and as a manager, in 1990, is also being investigated by Swiss prosecutors.

Beckenbauer was the head of the 2006 World Cup organizing committee and is embroiled in the affair due to a sum that was transferred from his account, via Switzerland, to a company controlled by disgraced former FIFA official Mohamed Bin Hammam.

The 73-year-old is unable to be questioned in a main hearing at the federal criminal court for health reasons, a statement from the Office of the Attorney General of Switzerland said.

Beckenbauer is, however, not part of the Frankfurt tax evasion case.

Former FIFA official Mohamed bin Hammam has admitted he received a payment from a World Cup organizing committee account after the awarding of the 2006 World Cup to Germany. However, he denied the money was a bribe. (13.01.2018)