Germany fights cyberattacks and fraud claims to ensure fair election | Germany | News and in-depth reporting from Berlin and beyond | DW | 14.07.2021

Germany is in the middle of an election year that will see unprecedented use of mail-in ballots. Hacker attacks against politicians are also expected. Election authorities have rejected claims of potential voter fraud. 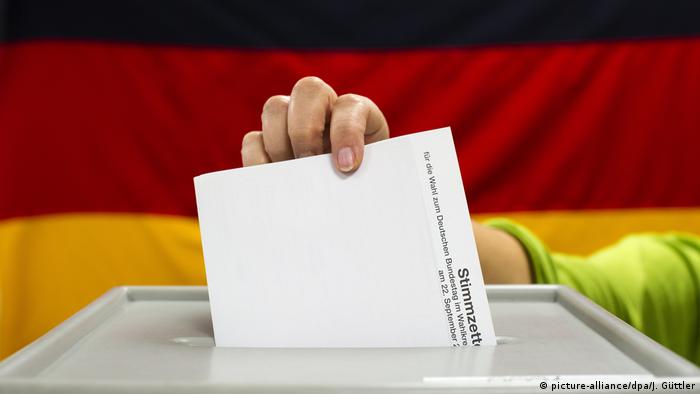 German Interior Minister Horst Seehofer has sought to head off far-right claims of voter fraud ahead of Germany's general election in September while highlighting threats of cyberattacks from both inside and outside Germany.

"Our authorities will do everything thinkable to make sure the Bundestag election will be carried out in an orderly and secure way," Seehofer told reporters.

But it fell to Federal Returning Officer Georg Thiel, the man charged with overseeing Germany's elections, to fill in the details, specifically rejecting the claims of potential mail-in voter fraud made by MPs for the far-right AfD party. 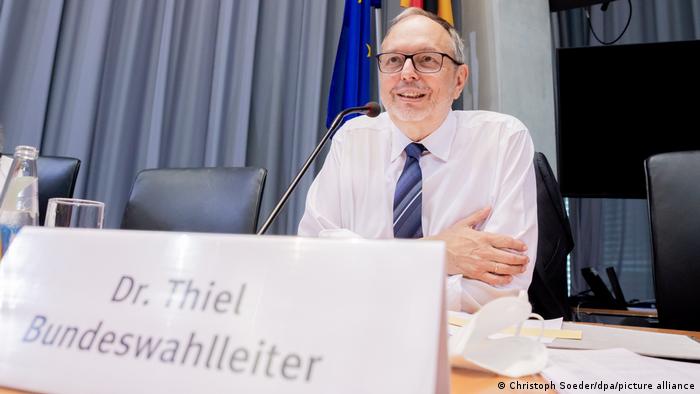 Much like in the US, the coronavirus pandemic has led to an increase in the number of mail-in votes during 2021, a "super election year" when Germany is staging six state elections and a national election.

This led AfD Bundestag member Stephan Brandner, among others, to speculate openly, without providing evidence, about the possibility of manipulation. As mail-in ballot boxes stand around "for weeks" in town halls across the country, Brandner said, "no one knows what happens to them."

Thiel was quick to deny any suggestion that mail-in votes are more open to fraud than ballot box votes. "We have had postal votes since 1957," he said at Wednesday's press conference. "And in all those years there has been no evidence of widespread manipulation that might in the remotest way have led to a situation where the election was not carried out in a secure and valid way. The ballot boxes for the mail-in votes are treated in the exact same way as the ballot boxes for the in-person votes." 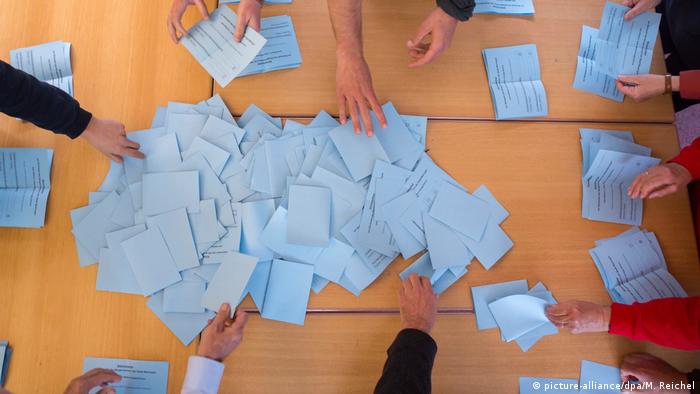 In Germany, mail-in votes are checked against the voter registry as they arrive and kept in a locked ballot box in a secure location until election day to prevent tampering. The ballot box for in-person votes is also locked and watched by at least three people from the electoral board to make sure no unauthorized ballots are added. When voting ends at 6 p.m. on election day, the boxes are then opened in the presence of all members of the electoral committee and observers and counted.

Thiel was also keen to underline the fact that Germany does not use voting machines, like in the US. "We don't have a situation with voting machines that we may know from the US. The actual voting procedure at the polling station is old school," said Thiel. "When I explained to a senior official from the Interior Ministry recently that it works with paper and pencil, he said, 'that reassures me'."

"We have no voting machines — at the end of the day, it's the ballot paper that gets counted," he said. Thiel also went on to stress that any citizen has the right to walk in and watch the votes being counted.

Voting systems in both countries have been subject to similar accusations, but are structured differently.

"The biggest difference is having a stable voter register based on the register of residents," Thiel told DW. Where Americans must actively register to be able to vote, Germany's system of recording citizens' place of residence ensures that they are automatically registered. This difference means that voter lists are regularly updated including when people die or move, making it more difficult to falsely add people to them. According to the authorities, the more present danger to the integrity of German democracy is likely to come from via the internet — particularly foreign state actors attempting to hack parliamentary systems, as happened in 2015. As was widely reported in March this year, several German parliamentarians — both federal and state — received so-called phishing emails to their private accounts, apparently in the hope of obtaining sensitive data.

Since then, there have been over a hundred attacks on Bundestag members by a group named "Ghostwriter," according to Thomas Haldenwang, head of Germany's domestic intelligence agency, the BfV. Though Haldenwang was not willing to say so at Wednesday's press conference, German media has widely reported that Russian intelligence agencies are believed to be behind the attacks.

"Only in very few cases were these attacks successful," said Haldenwang. "The people who were attacked were mostly sufficiently aware and did not open the emails. In the few cases where they were successful, we very quickly made contact with those affected and warned them, so that they were able to reset and clean their systems." Haldenwang said that the BfV had become aware of various waves of attacks.

Opposition parties, meanwhile, have accused the German government of only waking up to the problem of such cyberattacks now. "The fact that the federal interior minister now recognizes the threat comes late, but it's a step in the right direction," Green party security policy spokesman Konstantin von Notz said in a statement on Wednesday. "Whether the government will see illegitimate attempts at influence when they take place in time, not to mention whether they will be able to prevent them with the necessary determination, seems doubtful."

Seehofer, however, remained relatively sanguine on Wednesday, suggesting that the threats from foreign agents were no greater than those from domestic sources — and that they are often difficult to distinguish the two anyway. "Just looking at what is happening from Moscow, what is happening from China, or Iran or other countries — I stress again that we take those very seriously, but we shouldn't underestimate what is happening inside our country," he said. "We live in a globalized world and it is often it is very difficult to tell them apart."

Ian Bateson contributed to this report.

Keiko Fujimori, facing an election loss and possible jail sentence, has continued her claims of electoral fraud. A new judge has joined the electoral panel to restart the review of the vote.

Facebook bans US ads that claim widespread voting fraud ahead of election 01.10.2020