Bundestag IT system shut down after hacker attack

The German parliament's computer system is being shut down for four days for maintenance following a recent cyberattack. Experts are calling for a complete overhaul of the Bundestag's IT system. 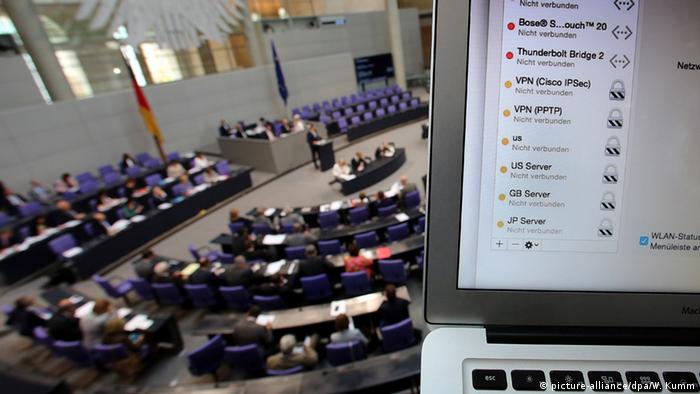 German MPs will not be able to access the computer system of the Bundestag from Thursday, 5 p.m. local time (15:00 UTC) until sometime on Monday, according to parliamentary President Norbert Lammert. There will be no access to the Bundestag's e-mail server either.

The maintenance work follows an attack on the system at the end of May that saw hackers sneak in a Trojan into the system to siphon off a large amount of data.

It is not clear who carried out the attack, although investigators suspect Russian hacker group Sofacy of being involved.

Simply carrying out maintenance, however, will no be enough, says Constanze Kurz from Chaos Computer Club, which describes itself as the "biggest hackers' association in Europe."

"The Bundestag was an open book for hackers for months, that much we can take as read," she told news agency DPA, adding that the attack was an "embarrassing" episode for parliament.

She calls for a total overhaul of the system, with comprehensive software updates, which "won't be easy."

She also says MPs need to be made aware of potential pitfalls and dangers, as "the user is always a risk" to the system.