The cyberattack on Germany's parliament has been traced to a link contained in at least two emails, according to a newspaper report. Parliamentarians left unaware of the breach for three weeks have slammed the delay. 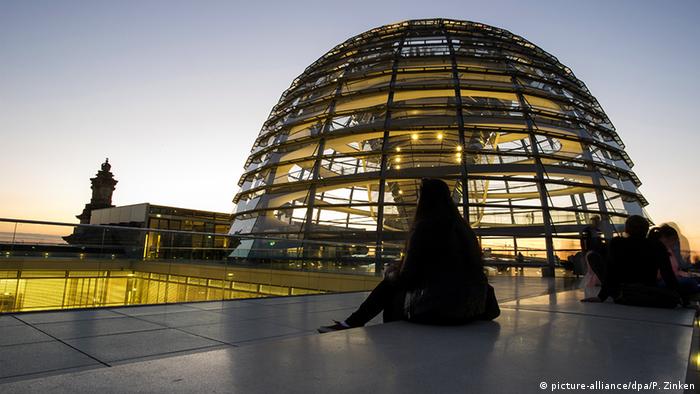 Germany's Bundestag administration ran into cross-party criticism on Friday for delaying notification of the cyber-intrusion. Some officials were reportedly alerted on May 12, but parliamentarians were only informed on Thursday.

The "Welt" newspaper quoted security service sources on Friday as saying a link contained in the emails sent users to a website containing malicious software. It then installed itself secretly on Bundestag computers used by parliamentarians and their staff.

The so-called Trojan was similar to the one that disabled the French television station TV5 Monde in April.

Stephan Mayer, one of Merkel's conservative Bavarian allies, told the mass-market daily "Bild" that the Bundestag administration had reacted inadequately.

"In view of the seriousness of the attack, information should have been prompter and more insistent," Mayer said.

The disclosures in Berlin were to coincide on Friday with a long-scheduled Bundestag debate on stricter Internet precautions for Germany's infrastructure supplies such as energy utilities, transport services and banks.

In his warning on Thursday, the Bundestag's administrative president, Norbert Lambert, a conservative ally of Merkel, said he was confident that "massive" intrusion could be overcome.

A partial overhaul the parliament's network could be necessary, Lambert added.

The "Berliner Zeitung" newspaper said the Bundestag's communications technology committee was briefed on May 21 about the attack by Michael Hange, the head of the Federation Office for Information Security (BSI).

The attackers had managed to obtain administrator rights for parliament's "complete" electronic infrastructure, the newspaper said.

Maassen did not speculate on a possible source of the attack.