French investigators are reportedly looking into whether Russian hackers were behind a cyberattack on France's TV5 Monde broadcaster. The April attack shut down the network for some 18 hours. 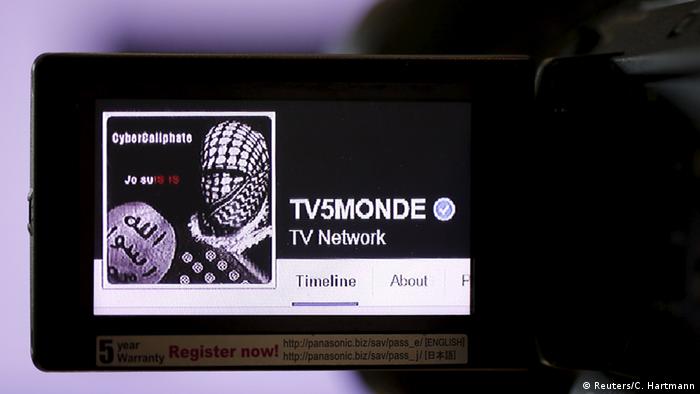 The cyberattack was said to have been carried out by hackers representing the "Islamic State," the militant group fighting in Iraq and Syria.

"The investigations are at this stage looking towards a group of Russian hackers designated by the name APT28," a judicial source told "L'Express" newspaper.

"L'Express" said APT28, which also goes by Sednit and Pawn Storm, had previously tried to target the White House and NATO countries, as well as Russian dissidents and Ukrainian activists.

The attack on TV5 Monde saw its broadcasts shut down for 18 hours, forcing it to air pre-recorded shows. Channel director Yves Bigot described the attack as "unprecedented in the history of television."

The network broadcasts in eight languages to more than 200 countries worldwide, with a viewership of some 257 million households.