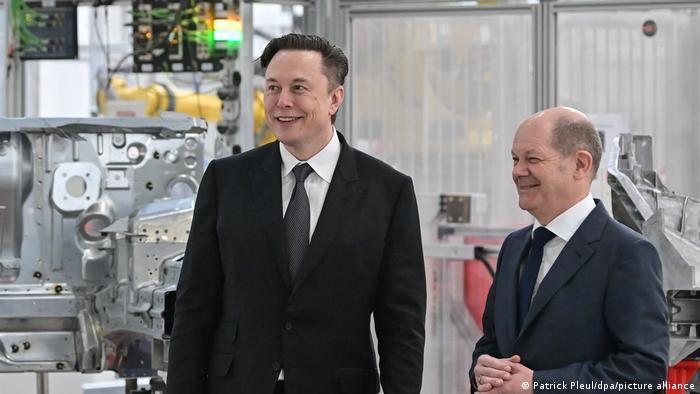 The first electric vehicles from Tesla's new German factory outside of Berlin were handed over to customers Tuesday in an opening ceremony overseen by founder Elon Musk.

"This is a great day for the factory," Musk said, hailing it as another step towards "sustainable future." 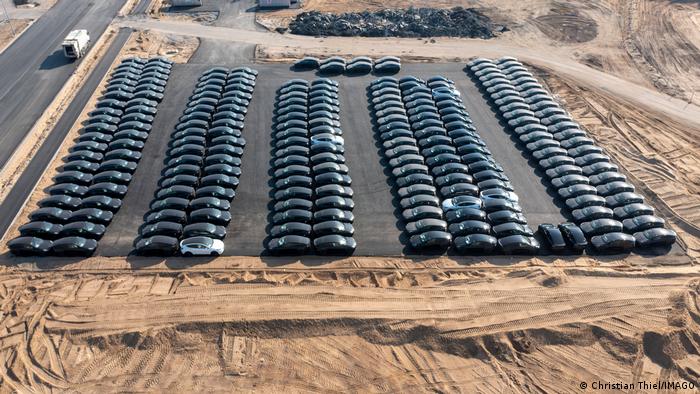 'A special day for the mobility revolution'

Chancellor Scholz also praised the plant as proof of eastern Germany's industrial prestige. "The east is at the forefront of industry," he said at the opening.

Tesla ran into multiple hurdles since Elon Musk announced plans to construct the car and battery factory in November 2019, and the opening was delayed. However, Tesla was granted final approval for the factory on March 4.

Tesla began construction work on the factory at the site in May 2020, based on roughly 20 preliminary permits, which was a risk considering receiving a final permit was never a guarantee.

Is Tesla right in criticizing red tape in Germany?

On Tuesday, the first "Model Y" vehicles were handed over to customers during the opening ceremony. The Model Y vehicles for Europe had been previously imported from Tesla's Gigafactory in Shanghai.

Tesla had hoped that it could roll out cars last summer, but environmental concerns, especially about wastewater treatment at its battery factory, were some of the factors that delayed plans. In late 2021, health and environment authorities in the state of Brandenburg had allowed Tesla to expand testing of cars, but not to sell them.

Now that the factory is open, Tesla hopes to produce about 30,000 vehicles in the first six months, with a goal of pumping out nearly 500,000 cars per year going forward.

Full production at the Berlin Gigafactory opens a new chapter in the global race to dominate the electric car market, as competition moves to the manufacturing heart of Europe.

Giga Berlin is currently Tesla's only manufacturing plant in Europe.