Germany's Transport Minister Alexander Dobrindt has said his ministry is working on plans aimed at encouraging car-sharing. The measures being considered include free and dedicated car parking places, among others. 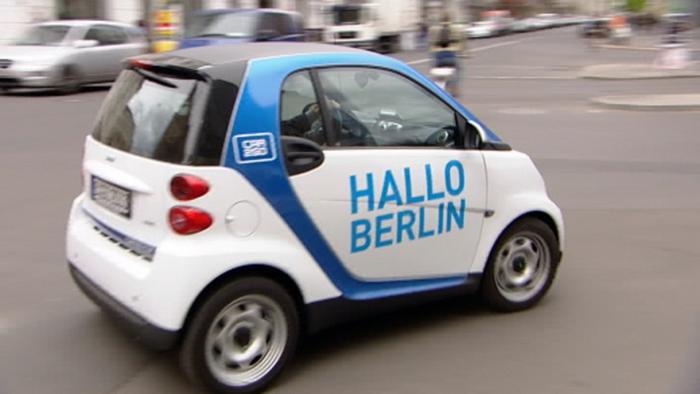 Transport Minister Alexander Dobrindt told German mass-circulation newspaper "Bild" on Wednesday that car-sharing had become a "trend" in Germany, with services used by more than a million customers at the start of this year.

"We want to support this new form of mobility with a law," Dobrindt added, as he unveiled a draft bill aimed at fostering urban mobility through car-sharing.

The proposals foresee the setting up of special parking spots for car-sharing vehicles, as well as abolishing parking fees for customers using the service. Companies providing car-sharing may also be allowed to establish pickup stations in selected inner city areas.

In Germany, car-sharing is increasingly gaining in popularity. According to the transport ministry, a total of 1.04 million customers were registered with providers such as Flinkster, Cambio, Car2Go or DriveNow at the beginning of this year. The providers make their cars available to customers in return for a fee.

The German auto industry, including premium carmakers Daimler and BMW, is supporting car-sharing services under efforts to benefit from the growing market and to boost the sales of their electric cars.

The government sees car-sharing as an important element to make the transport sector more environmentally-friendly. It could also reduce the need for owning a car, particularly in urban areas. The draft bill is primarily intended to make it easier for municipalities to reserve parking space for service providers "without legal risk."

German carmaker Daimler has announced it is buying taxi app myTaxi. The move suggests the Mercedes maker is looking to adjust to a future with fewer privately owned cars and more flexible transport options. (03.09.2014)

Chinese media have reported last week Internet giant Baidu is interested in investing in US carsharing app Uber. The two companies now have confirmed the speculations, tying the knot at an official signing ceremony. (17.12.2014)