Germany Delivered Intelligence to US for Iraq War, Says Report | Germany | News and in-depth reporting from Berlin and beyond | DW | 13.12.2008

Germany Delivered Intelligence to US for Iraq War, Says Report

The German intelligence service played an important role in determining how the United States fought the war in Iraq, a retired US general told a German newsmagazine. Berlin has denied participating in combat operations. 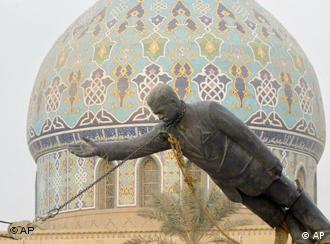 Germany gave the US information that was important to planning the Iraq war, a report said

"Reports on the defensive positions in and around Baghdad and the location of troops and weapons were important," Marks told the magazine. "We trusted information from Germany more than from the CIA."

Details provided by the BND agents about Iraqi troops' preparations convinced US war planners to push ahead the invasion and prevented an attack on Baghdad's airport after the German spies alerted the US to air defenses and oil trenches, Marks added.

The agents sent approximately 130 reports to their commanders in Germany and appeared to be aware their intelligence was being forwarded to the Americans, according to the Spiegel report.

Not involved in combat operations 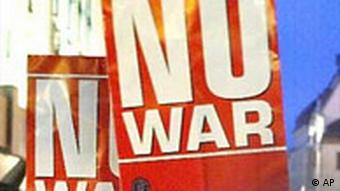 Public opinion in Germany was opposed to the war in Iraq

Officials in Berlin on Saturday said Germany was not involved in the fighting of the Iraq war in any way.

"What Foreign Minster [Frank-Walter] Steinmeier has been saying from the beginning stands: Germany had good reason to be against the Iraq war and for that reason was not involved in combat operations," foreign ministry spokesman Jens Ploetner said.

As the chief of staff to then-Chancellor Gerhard Schroeder, Steinmeier was responsible for overseeing intelligence operations. Under Schroeder, Germany was staunchly opposed to the war in Iraq, and Schroeder won re-election in 2002 thanks in large part due to this opposition.

US Col. Carol Stewart, who worked on Gen. Tommy Franks' staff at US Central Command, however, in the past also praised the BND for its "excellent work" in Iraq.

"Whoever says that these reports did not play a role in combat operations is living on a different planet," she said, according to the Welt newspaper.

Steinmeier is scheduled to testify Thursday in front of a parliamentary committee investigating whether Germany provided intelligence information to the United States during the Iraq war.

He has repeatedly said the Germany did not provide any "active support of combat operations," but has also added that the BND did work to "avoid an embassy or hospital from being bombed, which has nothing to do with double standards but with saving innocent people's lives."

Opposition politicians involved in the parliamentary investigation have said they plan to invite both Marks and Stewart to expand on their remarks to the press in front of the committee.

The German government under former Chancellor Schroeder covered up its spy role in the US war against Iraq, opposition parties said. An investigatory committee questioned two intelligence agents accused of aiding the US. (18.09.2008)

On April 23, a committee of German lawmakers will examine how false information passed on by the German Intelligence Service helped the US justify the war in Iraq. DW-WORLD.DE spoke with the committee's vice chairman. (16.04.2008)

While celebrating its 50th anniversary, Germany's foreign intelligence agency was distracted by the start of an inquiry into its role in the Iraq war. Chancellor Angela Merkel came to the body's defense. (11.05.2006)