The German government under former Chancellor Schroeder covered up its spy role in the US war against Iraq, opposition parties said. An investigatory committee questioned two intelligence agents accused of aiding the US. 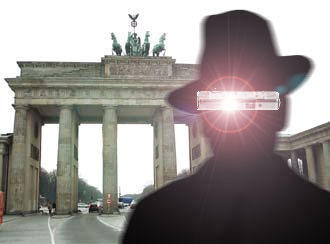 The involvement of German agents in Iraq could have political repercussions

The politicians made their comments were before the two intelligence agents gave testimony behind closed doors to a parliamentary panel on Thursday, Sept. 18.

"The records unfortunately contradict completely the government's position that it was not involved," Norman Paech, a member of the investigative committee from the Left Party, told Reuters news service before the hearing.

A Federal Intelligence Service (BND) fact-finding commission on the Iraq war has begun investigating the role played by current Foreign Minister Frank-Walter Steinmeier in the invasion.

The BND debriefed two agents in Baghdad who they believe passed "relevant war data" to the BND headquarters in Pullach. That information was then sent to US headquarters in Qatar, the BND said.

The issue could prove embarrassing to Steinmeier, the Social Democrats' candidate for chancellor in next year's elections. As head of the Chancellery under Schroeder, it was Steinmeier who oversaw intelligence operations at the time of the US invasion that toppled Saddam Hussein. 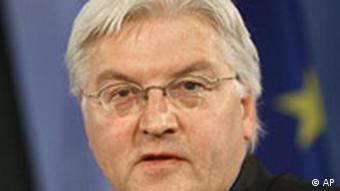 Could Steinmeier be facing a scandal?

The case caused uproar when it leaked out in early 2006, because both the German government and public opinion strongly opposed the US invasion. Then-Chancellor Schroeder tapped this anti-war sentiment to win a close election in 2002.

Peach and fellow committee member Hans-Christian Stroebele from the opposition Green party said the spies in Baghdad passed on information about expected resistance and coordinates for military positions that were subsequently bombed.

It was unclear whether Steinmeier was aware of these activities, Stroebele told Reuters.

Max Stadler from the free-market liberal FDP said it was important not to leap to conclusions, but that the spies had fed information on the effectiveness of bombing raids.

In one case, US bombers struck an Iraqi officers club twice in four days after getting feedback from the agents.

"No evidence for this has been presented so far," SPD delegate Michael Hartmann told Reuters.

Steinmeier said in a newspaper interview that the public would not buy the argument that the presence of two BND spies in Iraq was enough "to make Germany a warring party after the fact."

Germany's spy chief and the agents had assured members of parliament in January 2006 that they did not help the United States pick out bombing targets during the invasion of Iraq, but that failed to halt demands for an inquiry.

A line has been drawn under one of the most notorious episodes of Britain's involvement in Iraq when the government agreed to pay nearly 3 million pounds to "torture" victims. (11.07.2008)

On April 23, a committee of German lawmakers will examine how false information passed on by the German Intelligence Service helped the US justify the war in Iraq. DW-WORLD.DE spoke with the committee's vice chairman. (16.04.2008)