Without international pressure, the Taliban will not engage in negotiations, says Germany's foreign minister. 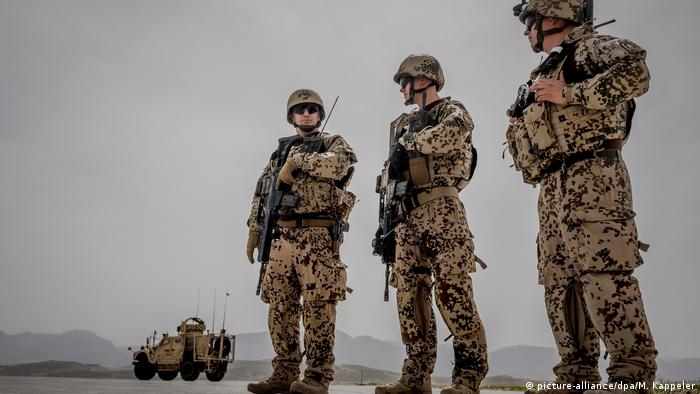 There are currently 1,300 German soliders in Afghanistan

German Foreign Minister Heiko Maas on Thursday defended the international military presence in Afghanistan as indispensable for the continuation of peace talks.

Maas called on the international community to avoid an irresponsible and premature withdrawal of foreign troops which he said might play into the hands of the Taliban.

"The presence of international troops remains one of our most important leverages, without international pressure the Taliban will not seriously engage in a political solution," Maas told parliament.

"If we hastily pull out our troops we run a significant risk that the Taliban will seek a solution on the battle field instead of continuing the negotiations," he added.

Lawmakers must decide whether to extend Germany's military mission in Afghanistan — set to expire at the end of March — until Jan 31, 2022.

The 'time ahead is dangerous'

A large majority in the Bundestag are in favor of continuing the Bundeswehr's mission in Afghanistan.

Only the Alternative for Germany (AfD) and the Left party called for the immediate withdrawal of German soldiers during Thursday's debate.

"Germany is not defended at the Hindu Kush (Central Asian mountain range), but at the Brandenburg Gate," said Anton Friesen of the AfD.

"The time ahead is dangerous," she said.

With up to 1,300 troops present, Afghanistan is currently the Bundeswehr's largest foreign deployment.

"The peace talks between the Afghan government and the Taliban are the first realistic chance for peace in Afghanistan in a long time, a chance we must not waste," Maas said.

The US, under President Joe Biden, is reexamining a 2020 agreement with the Taliban which called for foreign troops to withdraw by May 1.

Scores of Afghan civilians were killed in 2009 when a German commander ordered a NATO airstrike on two stolen fuel tankers. German courts have repeatedly rejected bids by the victims' families to seek damages.