Germany cracks down on clan crime with ′zero tolerance′ | Germany | News and in-depth reporting from Berlin and beyond | DW | 03.02.2019

Germany cracks down on clan crime with 'zero tolerance'

Police recently launched a new policy that takes on criminal clan families in Germany’s large cities. But how much of an impression have the first raids really made? And will hard-line enforcement alone be enough? 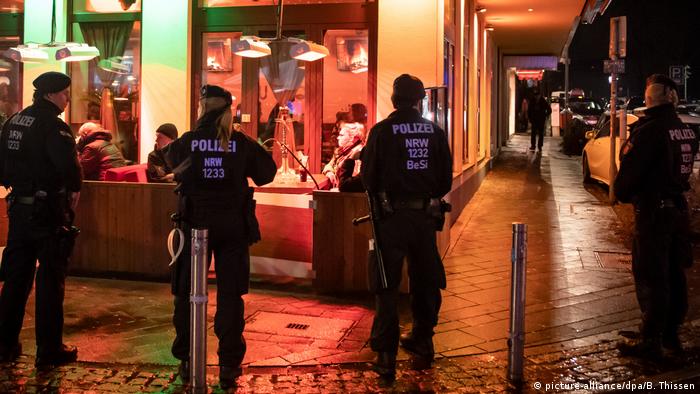 It was the biggest raid against large criminal families in the history of North Rhine-Westphalia (NRW): In mid-January, 1,300 police officers in Dortmund, Essen, Duisburg, Recklinghausen and Gelsenkirchen raided shisha bars, betting shops, cafes and teahouses on suspicion of money laundering, tax evasion and unreported income.

A new "zero tolerance" course of action is being taken against clan crime in the western federal state and beyond, with raids also being carried out in Berlin, Bremen and Lower Saxony. The new strategy is based on making the clans insecure.

NRW's Interior Minister Herbert Reul has called the operations the starting point for a new "policy of 1,000 pinpricks." But are clan families really as nervous as the police make them out to be? Or are they actually trustingthat police won't be able to keep up the pressure in the long run? 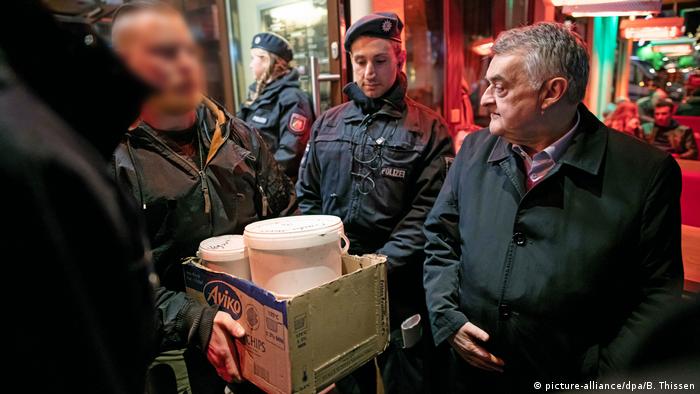 "It has already made the [clan] scene insecure," says Islamic scholar and migration expert Ralph Ghadban. "But much more important is the signal the state is sending: We are taking back the streets. This makes members of the public feel more secure."

This is also the framework for understanding the case of Arafat Abou-Chaker in Berlin, a clan member whose arrest warrant was overturned.

"Everyone was aware that if Arafat Abou-Chaker was potentially called to court to face charges, he would probably not remain in custody until that time," says Norbert Cioma, head of Berlin's police union. "Still, it was important to let him see a cell from the inside."

"A suspended arrest warrant does not mean investigations will end," Cioma adds. "We are certain that the public prosecutor's office will continue its efforts."

For decades, police turned a blind eye to extended criminal families, in part to avoid being accused of racial discrimination. This has made the present-day challenge all the more difficult as clan structures have solidified, parallel societies have formed, and the enemy has grown.

"There are now half a million people across Germany who belong to a clan, though not every person is a criminal," Ghadban estimates. Many nationalities are represented. There are Lebanese clans, Turkish, Kurdish, Albanian, Kosovan and even Chechen extended families who run illegal businesses. 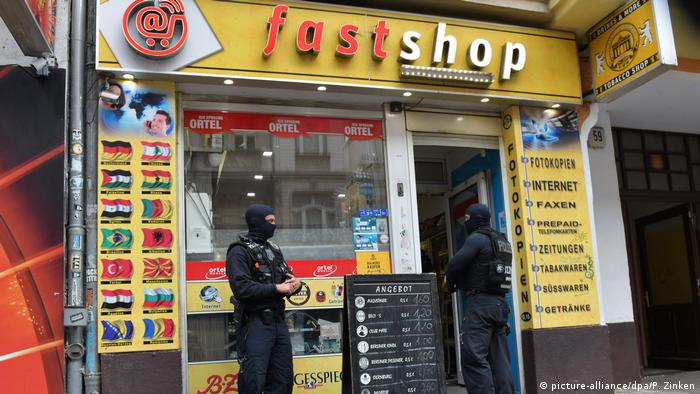 Recently, a clan member who was a registered recipient of unemployment benefits was discovered with €60,000 euros in his boot. The man is still at large.

"In Germany we do not have a reversal of the burden of proof such as Italy does, for example," Ghadban complains. "This means we have to prove that the money in the boot is stolen property, instead of the alleged criminal having to prove that it has been honestly earned." Ghadban says that Germany will only be able successfully to combat clan crime if the judiciary takes a tough stance.

Support programs for women and youth

Yet a policy that finally recognizes the problem of clan crime, a police force that carries out continuous raids and a judiciary that uses all legal means are together still not enough, Ghadban adds. He says these must be backed up by programs for people who want to get out of the clans. "About a third of clan members actually want to lead a normal life. They feel trapped in their clans," explains Ghadban.

The problem in Germany is that there are still no programs for clan members who want to get out, although Berlin's Neukölln district is about to start one.

"We must, above all, turn to young people and women," Ghadban demands, explaining that it's only these target groups that have a realistic chance of escaping traditional family structures. First and foremost, he says, the alternative, a life without a clan, must be attractive enough. In his view, this would include guaranteeing an education, subsequent help in finding a job and support on the way to self-employment.

"This is a lengthy process," warns Ghadban, "and in Germany, we don't yet have any infrastructure that supports this process." 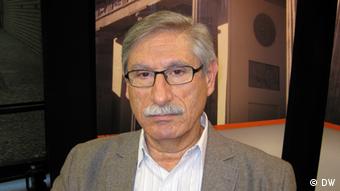 Ghadban, an expert in migration, says a combination of initiatives is needed to reduce criminal clan activity

Experts insist that when it comes to integrating clans, Germany must now make up for what it failed to do four decades ago. Or, as Islamic studies and legal scholar Mathias Rohe puts it, Germany must avoid the mistakes of the past.

Rohe recalls when the first Lebanese civil war refugees came to Germany in 1975: "At the time, we made it clear to these people that we did not want them here — that is, they had no access to education and also no access to work."

Rohe believes that by receiving refugees in this way, Germany indirectly confirmed the exact prejudices against the state that existed in the refugees' home countries. "People came from countries where they could only survive with the protection of the extended family. It was their survival strategy. The state, in contrast, only discriminated against them." 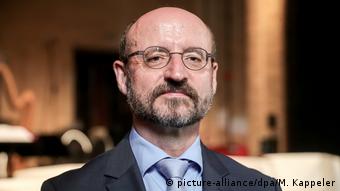 Like Ghadban, Rohe is calling for a holistic concept of prevention and enforcement, as well as for understanding, as difficult as this may be when faced with clan members' offensive and aggressive behavior. "People are not monsters, even if they sometimes seem like they are. And we must at least recognize that they are bound by other loyalties."

At the moment, police are optimistic they can win the battle against criminal extended families. But at the same time, there is an awareness of how much patience will be required. Rohe compares it to running a race. "It won't be a 100-meter sprint. It'll be a marathon."

The Miri-Clan gang is believed to consist of several families of Lebanese-Arabic descent spread throughout Germany. The four brothers were arrested in connection with selling and smuggling cocaine and marijuana. (23.10.2018)