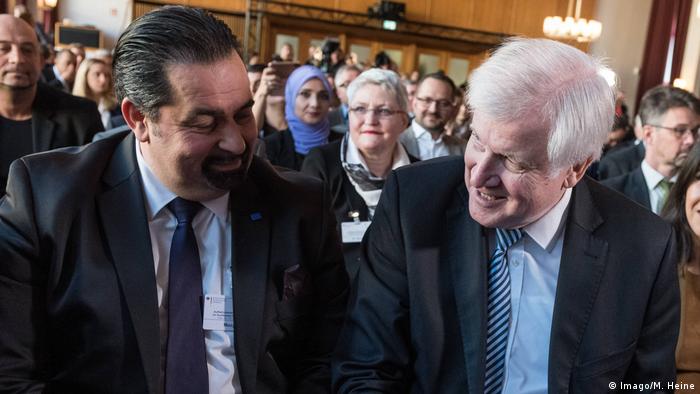 The government supports religious conferences, including those of Muslim associations

The parliamentary group of Germany's ruling conservative bloc has called for an end to cooperation with groups suspected of supporting political Islamism, the newspaper Die Welt reported on Tuesday.

The bloc, made up of Angela Merkel's Christian Democrats (CDU) and their Bavarian sister party, the Christian Social Union (CSU), proposed cutting all subsidies, support and cooperation with Islamist groups being monitored by Germany's domestic intelligence agency: the Office for the Protection of the Constitution.

"The CDU/CSU will take up a clear position in combating political Islamism," de Vries wrote.

"No tolerance for intolerance. That is the clear message of the paper. There can be no religious discount on our core values."

Which organizations would be affected?

The paper produced by the parliamentary group was seen by Die Welt. The newspaper reported that the new measures would impact the large German Muslim umbrella organizations, the Central Council of Muslims and the Islamic Council as some of their larger member groups are under observation by domestic intelligence.

One such group is the Turkish-Islamic Union for Cultural and Social Cooperation (ATIB). The organization's affiliation with the neofascist Grey Wolves has led to the "systematic denigration of other ethnic or religious groups, especially Kurds and Jews," the Office for the Protection of the Constitution says.

ATIB is a founding organization of the Central Council of Muslims of Muslims in Germany, with one of its members serving as a vice chairman, Die Welt reports.

What changes do conservatives want?

A key part of the proposal is to further research into political Islamism in Germany and the European Union by setting up university positions, conducting broad studies into such influences and establishing a group of experts to inform the Interior Ministry.

The CDU/CSU paper also put forward a call for the publication of foreign financial flows to mosque associations.

"We respect the freedom of belief without compromise, but we will not allow foreign governments or forces of political Islamism to develop a system of rule in Germany under the cover of religious freedom that subjects society, politics and culture to Islamic norms," de Vries told Die Welt.

De Vries compared the treatment of political religious groups with that of organizations on the the left- and right-wing extremes.

"The enemies of our constitution ... cannot also be partners of the state," he said.

West African Christians say they are 'marginalized' during Ramadan 23.04.2021