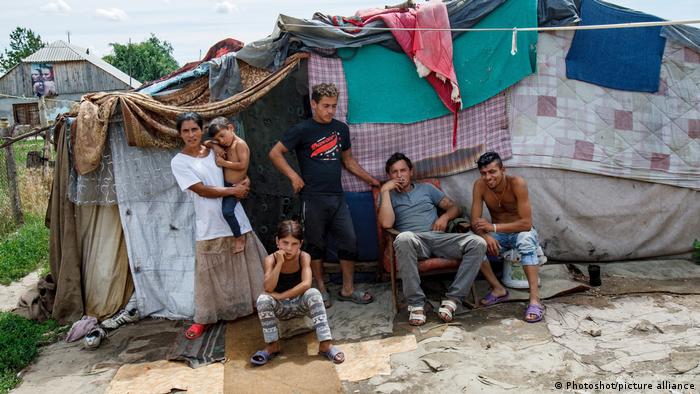 He said Roma faced discrimination in Ukraine, particularly in regards to education and health care.

"The clock is ticking," Daimagüler said. "The problem of antiziganism is not new."

Many Roma are considered stateless, often making it more difficult for them to seek asylum protection than other refugees. Illiteracy is also common in the Roma community, meaning that vital information often does not reach the minority group.

Daimagüler said the German government should work more closely with minority organizations to better help Roma who have been forced to flee the invasion of Ukraine.

He said German assistance should be given to Roma people in Ukraine who survived the Holocaust. He referred to the Foundation Remembrance, Responsibility and Future, a German organization which provides compensation to those who experienced injustice during the Nazi era.

Daimagüler said there were more than a dozen reported cases of Romani refugees from Ukraine facing discrimination in Germany. The German official said Romani refugees are treated differently from other migrants and are sometimes subject to harassment and assault.

Postwar persecution - The plight of West German Sinti and Roma

The comments come after Daimagüler visited Ukraine with several other German officials. German Association for Sinti and Roma co-chair Daniel Strauss, who was also present on the trip, said around 400,000 Romani-speaking people live in Ukraine, comprising around 1-1.5% of the population.

The largest Romani community in Ukraine is in Zakarpattia Oblast, which lies in the western part of the country.