A retired pastor is urging German cities to rehabilitate 25,000 people executed long ago. With "witch" persecution still rife in parts of the world and xenophobia rising in the West, his campaign is as relevant as ever. 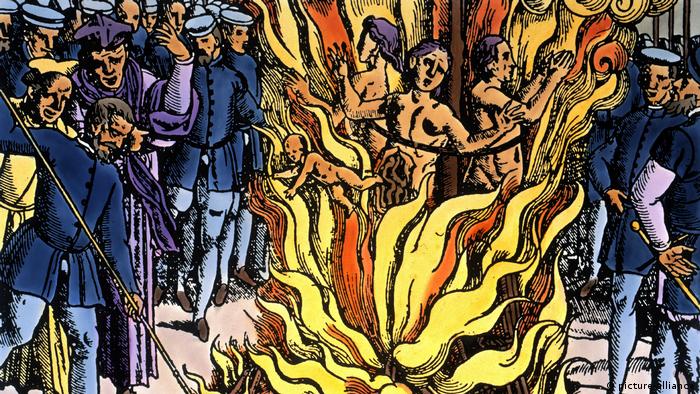 Hartmut Hegeler is on a mission. The retired pastor is fighting to make towns across Germany acknowledge the injustice done to tens of thousands of innocent people burned at the stake on false charges of being witches.

An estimated 25,000 "witches" were executed in German lands between the late 15th and 18th centuries, charged with offenses such as flying on a broomstick and conjuring up crop failures. Across Europe, the death toll was 60,000. In most cases, confessions were extracted through torture.

Hegeler, a former religious education teacher, launched his campaign in 2011 after questions from pupils prompted him to research the topic.

He said he was surprised to learn that the trials weren't conducted by the Catholic or Protestant churches but by secular courts, and that there was far more witch burning between 1500 and 1800 than in medieval times. Another common misapprehension is that the victims were all women. Around 20% to 30% were men and children, and there were just as many trials in Protestant as in Catholic areas.

"An appalling injustice was done to people," Hegeler said. "Often the initiative for trials didn't come from the authorities but from local people who were scared because their crops were failing due to bad weather, for example. They went to the town hall and asked the bürgermeister or the local lord, 'why are witches prosecuted everywhere in Germany but not with us?' 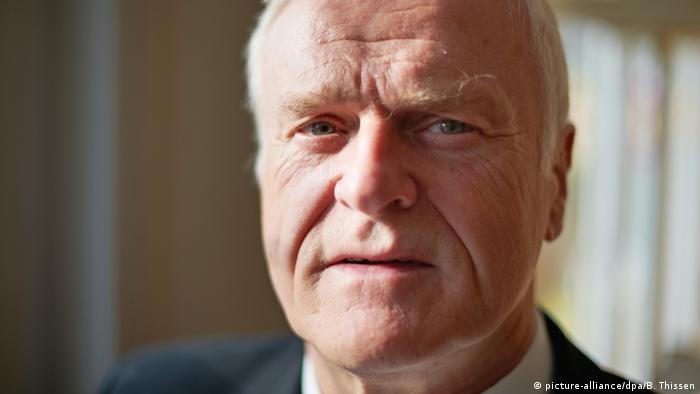 Hegeler's goal is to get 100 cities to reexamine their history

"In some towns the authorities didn't want to prosecute but the people protested so forcefully that they gave in to avoid unrest. Then they realized it was a useful way to get rid of all kinds of people. Identifying a common enemy helped to strengthen their rule, and occasionally even proved lucrative."

In some cities, such as Bamberg and Würzburg, hundreds were executed. There were some villages where almost the entire population was wiped out. Other regions, including the Electoral Palatinate along the upper Rhine, saw no witch trials at all.

'Consorting with the devil'

Suspects were accused of consorting with the devil to bring about misfortunes such as drought, floods or disease. Charges included flying on a broom, participating in a witches' sabbath, fornicating with the devil or transforming into animals.

"The executions were almost always preceded by torture," said Hegeler. Around 80% or 90% confessed under torture.

Hegeler embarked on his one-man campaign by badgering authorities to exonerate the victims. He sent emails, made phone calls and held lectures around Germany to raise awareness of their plight. His efforts have borne fruit. Since 2011, almost 50 towns, including Cologne, Detmold, Flensburg, Leipzig and Würzburg, have rehabilitated "witches," erected plaques or memorials, renamed streets and held ceremonies to remember them.

The trials fostered a culture of denunciation. The victims were predominantly poor, and often widows. Newcomers to a village were at risk because they were unknown and hence easy to blame for calamities. Relatives of "witches" were also vulnerable. Accusations were often levelled out of greed, envy or grudges.

Greta Bünichmann from Münster, a maid in a household, was arrested in 1635. Her employer, Hermann Grotenhof, whom she had lent money to, accused her of being responsible for the death of several of his horses and scratching her child in the night by turning herself into a cat.

She was tortured and eventually confessed, for which she was granted the mercy of a quick beheading rather than the prolonged agony of being burned alive. Historians suspect that Grotenhof denounced her to avoid paying back the loan.

A street was named after her in 1994, but only following opposition from a local priest who condemned the plan to honor "a suspected criminal of the Middle Ages."

Unbowed by the shin crusher

A woman only known by her surname "Faulhaberin" was put on trial for sorcery in Büdingen, Hesse, in 1564. Her hands were bound behind her back and she was pulled up by them to the ceiling, dislocating both her shoulders. Then she was subjected to the shin crusher, two iron plates studded with spikes that squeezed the calf and fractured the tibia. She refused to confess and after a final whipping was released to return to her family, broken but unbowed. 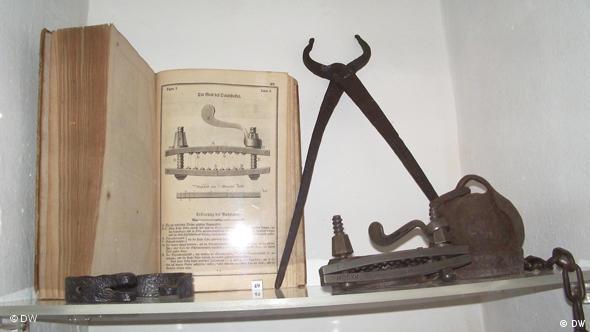 Those accused of being witches were normally tortured until they confessed

"In those days people were convinced that the devil and witchcraft really existed," historian Peter Stegt told local newspaper Westfälische Rundschau. "Sorcery was an acknowledged crime in jurisdiction."

But even at the time, a few clerics and scholars had the courage to speak out against the injustice. They included Anton Praetorius, a pastor who wrote a book denouncing witch trials and whose furious intervention at a trial in Birstein in 1597 led to the release of the defendant.

Praetorius, who was subsequently sacked as pastor by the local lord and moved to another town, is hailed as one of the ancestors of Amnesty International.

The trials ended in the late 1700s as the Renaissance took hold and Prussia and Austria abolished torture.

Scapegoats still in our midst

Hegeler said the memory remained as relevant as ever today, with alleged "witches" still being persecuted in parts of the world including Africa and India, and Western societies bedeviling minorities as right-wing populism gains ground.

"The search for scapegoats is as old as mankind. The fear of what is foreign. Saying we're scared of asylum-seekers or immigrants, that we don't want them because they might do all kinds of bad things."

Now 73, he has no intention to stop campaigning.

"I want many more towns to work through their history and think about what injustice was perpetrated," he said.

Many elderly women in northern Ghana have fled their homes to live in so-called witch camps. They have been accused of witchcraft and fear being killed. As Maxwell Suuk reports from Tamale, attacks are increasing. (07.10.2016)