Authorities were alerted to what they now say is an international drug smuggling ring after finding cocaine hidden in shipments of bananas. It could turn out to be one of the largest cocaine trials in Germany's history. 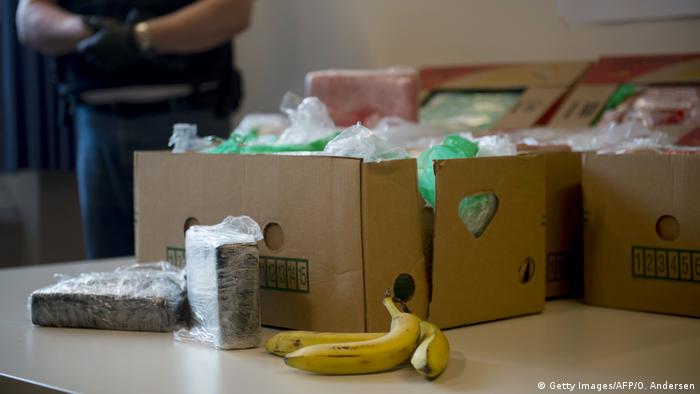 The public prosecutor's office in the Bavarian city of Landshut has brought charges against eight men suspected of being part of a large-scale cocaine smuggling network. The network is said to have brought roughly two tons of the drug into Germany between September 2017 and April 2018. The proceedings may very well turn out to be one of the largest cocaine trials in German history.

The men are accused of organized narcotics trafficking in large quantities. The case is unusual because investigators appear to have succeeded in catching operatives from the middle-management level of an internationally active drug ring, according to court documents reviewed by reporters from Germany's NDR and BR regional public broadcasters and the Süddeutsche Zeitung daily.

In September 2017, staff in several Bavarian supermarkets discovered packages of cocaine hidden away in banana crates. Investigators traced the shipments and learned there had been frequent break-ins in what are known as ripening rooms, where bananas and other fruit are stored before they are distributed in Germany and Europe. Elaborate surveillance measures helped expose the drug traffickers; around 500 customs investigators, police officers and public prosecutors were involved in the case.

The cocaine is said to have been hidden in Ecuadorian banana shipments that went to a specific company's ripening rooms throughout Germany. The suspects broke into the rooms and stole the cocaine — up to 320 kilograms (705 pounds) at a time. Teams of burglars were even flown in from Albania, according to the Bavarian investigators, who registered eight burglaries in ripening rooms in the states of Bavaria, Hesse, North Rhine-Westphalia and Saarland. Surveillance videos show that some of the burglars were armed. Radio cell communication and telephone surveillance finally put the investigators on the network's trail. 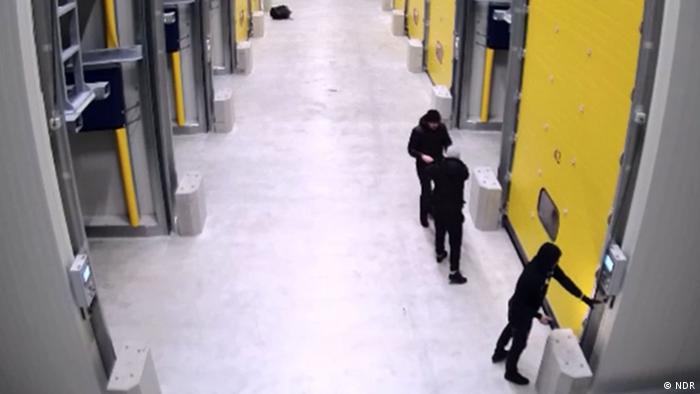 It appears the group's headquarters were in Hamburg, where one of the main suspects, 21-year-old Dario L., had rented a safe house. Investigators found delivery orders for bananas in the apartment. Dario L. is said to have organized the logistics, 25-year-old Klajdi D. is suspected of having headed the burglary teams and 40-year-old Alberto K. is said to have masterminded the entire group. Apparently the police watched some of the men staking out the ripening rooms, as well as their regular meetings in a Hamburg cafe.

In April 2018, police made several arrests in connection with the case across Germany. They also searched homes in Ahrensburg, Hamburg and Hanover, secured two guns and more than €30,000 ($33,900) in cash. In a separate trial in Hamburg in December, four men were convicted of trying to shuttle 180 kilograms of cocaine from Hamburg to the Netherlands. While they were sentenced to several years in prison, the Hamburg public prosecutor's office announced it would appeal because it felt the sentence was too light.

Disruption of an 'active network'

The eight men in Landshut are currently in pretrial custody. Peter Keller of Germany's Customs Investigation Bureau (ZKA) believes the case is particularly noteworthy because some of the suspects are believed to have commanded at least parts of the group. "It's an accomplishment that will leave an impression on the scene," he said, adding that the successful investigations have disrupted "an active network" for the time being. Keller, however, expects the group will replace the arrested members. 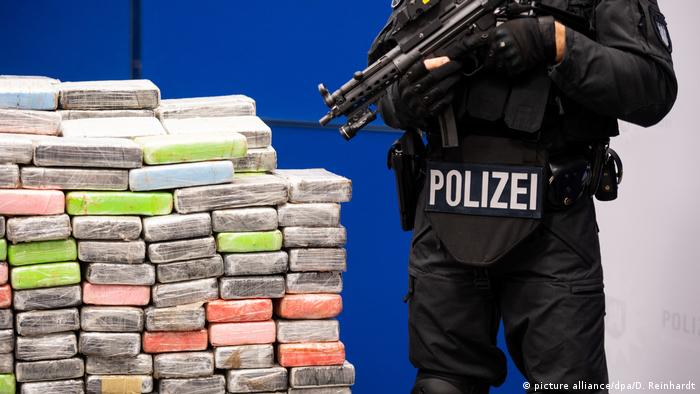 Around 500 customs investigators, police officers and public prosecutors were involved in the case

No other members of the group, which is believed to also be active in Albania, the Netherlands and South America, have been caught. However, cocaine — also from Ecuador and also hidden in banana crates — has increasingly been found in recent months in other European countries, according to NDR, BR and the Süddeutsche Zeitung. Jörg Beyser, chief investigator at Bavaria's State Criminal police office (LKA), told NDR that the investigation is ongoing. "We are now trying to uncover the gang's supporters, and we count on intensive international cooperation," he said.

The courts will now decide on the opening of the main trial.

Defense attorney Hubertus Werner said it would only become apparent during the trial how reliable the evidence is. He criticized the evaluation of radio cells and the resulting conclusion that individual members belonged to an organized group of criminals. He also slammed the surveillance as "devoid of reason," adding that made it legally difficult and incompatible with criminal procedure.