German police destroy drugs worth half a billion euros

Police have incinerated some 9 tons of drugs seized in northern Germany in the past two years. But authorities say they are finding only a tiny fraction of the drugs entering the country illegally. 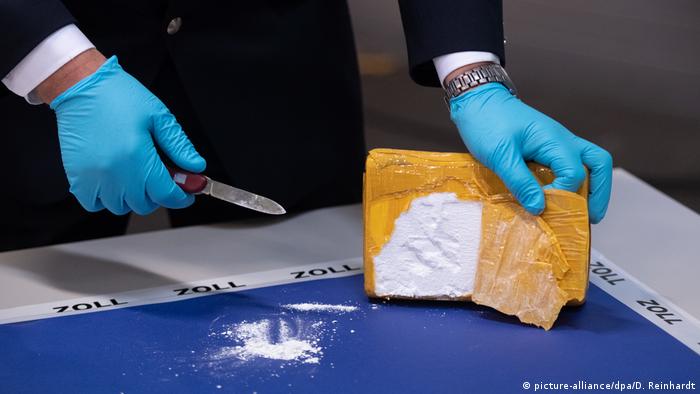 The drugs, which were incinerated in a covert operation, consisted of around 2.4 tons (2.6 US tons) of cocaine and 6.7 tons of APAAN, one of the ingredients used to produce methamphetamine, according to a press statement.

The drugs were seized during operations in northern Germany in 2017 and 2018.

Earlier on Thursday, German customs officials said that although several tons of cocaine had been seized by authorities so far this year, the quantities had not yet reached last year's record haul of 8.1 tons, of which 7 tons were uncovered by customs alone.

A spokesman for the customs investigations office in Hamburg, Stephan Meyns, told the dpa news agency that although the police had considerable success in the fight against illegally imported drugs, they were still only seizing a tiny fraction of those entering the country.

Meyns said that an optimistic estimate of 25 percent would mean that some 30 tons of cocaine were being smuggled into Germany from South America every year, most of it arriving in Hamburg and Bremerhaven.

In recent weeks, cocaine was found stashed in a VW camper van as well as a dental floss shipment. Even Hamburg customs officials seemed impressed by the lengths the smugglers went to in order to hide their illicit cargo. (30.11.2018)

Cocaine with a street value of some €30 million has been found amid sacks of coffee coming from Brazil, customs authorities in Hamburg say. Shipments of the drug from Latin America are often intercepted in Germany. (05.11.2018)